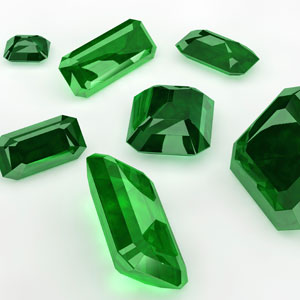 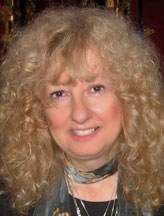 Get a Reading with Zoey x8454
Emerald is the gemstone for May with Taurus being the astrological sign for most of the month. It gained its name from the Persian word meaning “green”.
Emerald is from the beryl family, formed in the fissures between older rocks. Its coloring can range from true green (the most preferred), to sea-green, to rose-red. The most prized, and highest quality Emerald is that of true green without a hint of yellow or blue in it. Famous poet Percy Bysshe Shelley wrote about the Emerald as follows: “the emerald heaven of trees…”
Although the stone can been found in several locations, the major sources of the best-quality Emeralds found today come from Colombia in South America.
The Powers of the Emerald
This is the gemstone for those who are forever young at heart, regardless of their biological age. It is the gemstone for those who are creative, outside-the-box thinkers, and who embrace life wholeheartedly.
The Emerald is basically a calming stone, but has many other attributes. When worn by men, Emerald generally promotes joyousness; on women, ambition and change. Emerald is one of the stones of the planet Mercury, Venus and the moon itself.
This stone has the power to reconcile quarreling, and restore friendship. It is a gemstone of spring time. It has been considered a talisman for Monday, and is the gemstone for best used for both Tuesday and Wednesday. Emerald’s favorite time is 2:00 in the afternoon. These are the times when its energies are strongest, finest, and most powerful.
Above all, Emerald is a quieting stone, bringing peace to its wearer. It is said that this stone has the power to transform the air around it to a lovely, calming green energetic quality, and promote peace. It works its magic by attracting kind and good energies toward the wearer. Emerald has also been known to restore clearness to tired eyes, and aide in foretelling the future.
Emerald Dreams
For those who like to interpret their dreams, know that dreaming of an Emerald will lead to a life of affluence. For those thinking of marriage, you will marry into an affluent family. If the Emeralds in your dreams are associated with other gemstones, you will have dealings with society and acquire much prestige. However, to dream of purchasing an Emerald means that you will soon discover someone you trusted has destroyed that trust. And, if your loved one happens to be wearing an Emerald in your dream, you may find yourself left in the lurch for someone who possesses more money.
The Emerald Throughout History
The history of the Emerald stretches back to Egypt where tombs with beads and scarabs made of Emerald were found. Cleopatra, Queen of Egypt, wore Emerald jewelry made from her own mines. The Roman emperor Nero used to view the gladiator fights through an Emerald, feeling that this sharpened his eyesight. Empress Catherine the Great of Russia had a passion for the Emerald and wore it often. During the Spanish conquest of New Granada, the local Indian tribes burned both gold and Emerald in the belief that they would be considered love offerings by their gods.
The ancient Greeks believed this stone was perfect for the goddess Venus. They thought it ensured true love. Oriental people believed the Emerald helped strengthen memory, increased intelligence, and helped with the power to foretell future events.
Emeralds on Display
Some amazing Emerald pieces can be viewed today. One such piece is a jar carved out of one Emerald crystal. This jar stands four inches high and weighs 2,680 carats. From the Hapsburg Empire, the jar is in Vienna. Another example is the former crown jewels of Iran, adorned with countless Emeralds, and hundreds of years old. These jewels are currently in Tehran.
The Emerald also holds a popular place in Pop Culture history.  Who can forget Dorothy, Toto, Scarecrow, Tin Man, and Cowardly Lion’s eventful journey through the magical land of Oz to, where else, Emerald City.  Sing along… “We’re off to see the Wizard, the Wonderful Wizard of Oz!”
If you are fortunate enough to own this beautiful stone, please wear it in good health, knowing that your own energies are being instilled with calmness, as well as those around you!