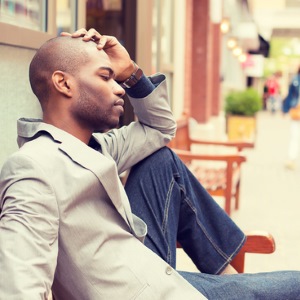 Learn which astrological signs are most likely to ghost you

It’s happened to just about everyone. You think you’ve made a lasting connection with a new partner, but then he or she disappears without a trace. In some cases, an online astrology reading offers plenty of signs that the relationship just won’t work out. Get to know the astrological signs, and learn who’s most likely to ghost you.

An Aquarius partner won’t hesitate to keep you at arm’s length throughout a relationship. Though you might enjoy the freedom, you might not be able to tell if she’s truly ghosted you or if she’s just being distant.

One of the zodiac’s most sensitive signs, Pisces absorbs all of your energy, both positive and negative. If he senses too much negativity, he might ghost you instead of struggling through a difficult, drawn-out discussion.

One of the most impulsive signs of the zodiac, Aries tends to make quick decisions without looking back. If an Aries partner decides she’s not getting what she needs, she won’t hesitate to leave without a trace.

Known for being steadfast even in challenging situations, Taurus will stick around when the going gets tough. Though he isn’t likely to ghost you, a Taurus partner might walk away if you’ve compromised your once-solid relationship.

Those born under the sign of Gemini often struggle with distraction. If your relationship has lost its spark, a Gemini partner can easily become bored. If she ghosts you, she’s already moved on to the next big thing.

Cancer isn’t afraid of commitment and will hesitate to break things off until absolutely necessary. If you arouse his suspicion or make him think you’re not into him, however, he might ghost you to save face.

Leo comes on strong and commits quickly. She won’t think twice about taking off, however, if you don’t offer enough personal attention.

Virgo loves to be the center of attention but can be demanding and doesn’t always reciprocate the love. If he disappears without a trace, it’s probably because he’s chasing the spotlight elsewhere.

Libra is all about balance, but that doesn’t mean she enjoys having back-and-forth relationship conversations. Instead, she’ll opt to move on emotionally while still creating the illusion that your relationship is just fine.

Those born under the sign of Scorpio feel intensely. Once the attraction fades, however, he might be out of there. If he ghosts you, don’t pursue him, since he won’t have anything left to offer you.

Sagittarius isn’t known for making strong commitments, so make sure you’re on the same relationship page. A Sagittarius partner won’t hesitate to ghost you, but she might also decline to commit in the first place.

One of Capricorn’s most notable attributes is the ability to be brutally straightforward. If he’s not feeling it anymore, he’ll have no problem ghosting you. Don’t take it personally, since it was probably just a strategic decision.

The zodiac can’t tell the future, but it offers clear suggestions about relationship patterns. Understand who’s most likely to ghost you, and talk with a love psychic to know where you stand with various astrological signs.