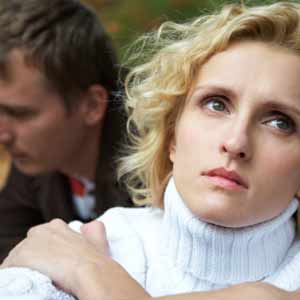 Sick of fighting over the same thing? End the drama once and for all.

Relationships are sometimes difficult to deal with—especially if the same argument seems to happen over and over again.  Want to get out of that cycle?  Tired of fighting over the same thing?

Here are 3 main things couples fight about and how to resolve them:

1. Past Issues
If it’s a past issue, you still need to resolve it.  Sometimes that’s difficult to do when the person is unwilling to talk about it or take responsibility for it.  This is where you really need to ask yourself if you can move past it without that person admitting guilt or blame over a past issue.  If not, you need to cut your losses and go.  Because until that’s resolved and healed you won’t be able to trust this person.
2. Finances
Fighting over money will never solve anything.  Tough times are meant to be weathered together. Instead of fighting over money, cling to each other for support and encouragement to get through it together instead of at odds.
3. Third Parties
Sometimes a couple may have issues due to their mate’s friends, family members or even an ex causing problems within the relationship. The first thing to remember if you’re fighting with your mate over that person or persons, they win.  Never say bad things about someone who is trying to turn your mate against you.  Don't stoop to their level and your mate will begin to see who is really spreading the negative energy.  State what you think the person is doing to create problems in the relationship and that you’re not going to argue about them again. Simply refuse to give them anymore time or attention because you know what they’re trying to do and you hope one day your mate will see it too.  This stops the arguments and gives your mate food for thought—that’s all you need.
I strongly advise anyone who’s trying to be more fulfilled in a relationship to go about getting what you want in a different way.  Sometimes it’s all in the approach to determine if you’ll be successful.  If what you’ve tried in the past doesn’t work, try something different.
State what you want out loud. Sometimes all you need is a hug and for them to tell you that you're the only one for them. It’s helpful and direct, and they don't have to figure out what you need because you just told them. Relationships take work on both sides but these tips should allow you to work smarter, not harder.  Much love and many blessings. 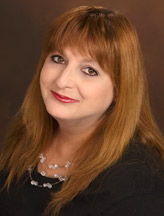 Marylander: Past Issues are me. M husband and I are broken records. We problems are but we can't or won't fix the Issues.

RickyKC: This was my first time talking to a psychic. Tina Lee was absolutely amazing. She seemed to know exactly what I was feeling as well as what thinking about. Very pleased. Thank you Tina Lee