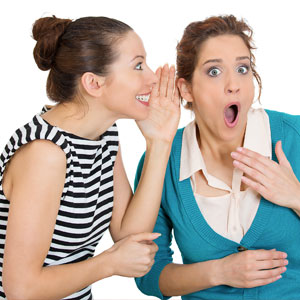 OMG, have you heard the latest gossip??? 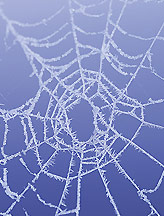 Get a Reading with Stasch x9303
Everyone loves to hear “the dirt.” It is no accident that gossip columns are still alive and well. The rumor mill has an irresistible allure. It is a point not lost on those seeking attention. Shrewd celebrities have managed to parlay fortunes from misfortunes.
The vicarious enjoyment that comes from “the grapevine” manages to entice even those indifferent to it. It is difficult to turn away when gossip rears its interesting head. While it can be fun speculation on who slept with at red carpet event, it is not so thrilling when you are the subject.
The Hidden Dangers of Gossip
When we talk about a movie stars, there is a distance involved. They are far removed from the talk. But, when the subject is your next door neighbor, the gossip can do irreparable damage. Loose talk can decimate marriages, fracture friendships and compromise co-workers. The revelation of a confidence cuts like a knife. Once a comment is made, either true or fictional, just an accusation can sound like verified truth.
The problem with gossip is that sometimes critical parts of the story are missing. If you do not know one critical detail, what looks like an affair could be something very different.
Rumor: Married Man Out with a Younger Woman?
Take for example a handsome married man going to lunch with an attractive blonde much younger than he. They are having fun, laughing and enjoying the day. They smile, and kiss. On the surface this sounds like a man having a hot and heavy affair. Anyone witnessing these two is bound to think the worst. However, there is one critical piece of information missing. The young blonde in question is the married man’s daughter from a previous marriage who moved away and has not been seen in a while. Miss that one detail and now you have a wife in tears ready to call a divorce lawyer.
Rumor: Recovering Alcoholic- Off the Wagon?
How about the recovering alcoholic girlfriend? She has been sober for ten years. Then one day her supportive boyfriend sees empty beer cans in her car. What may not be known is that the girlfriend was taking the cans to recycle center for a friend whose car was in the shop. Sounds far-fetched? Not so much. These things happen.
The Incomplete Truth
As a psychic advisor, I have seen so many situations that sound horrific only to learn that the gossip mill is incomplete and sometime inaccurate. People do talk, but sometimes there is a real hidden agenda. The co-worker who smiles and covers for you maybe out to undermine your success. That same friend could be making themselves look good relating the real reasons you had to find someone to cover your shift was because you had a hangover. You are demoted and your friend promoted.
Innocent gossip and speculation about the rich and famous is one thing. Manipulative half-truths and outright lies are another. Before you believe anything, ask some questions and be open to another version of the events described. Truth really is stranger than fiction.