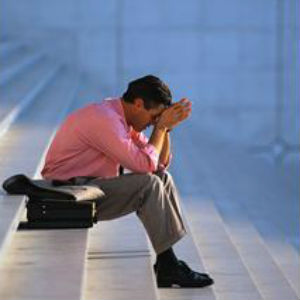 While there may be some psychological reasons why some men don’t seem to cry, many men are taught from a very young age that crying is a sign of weakness. However, there are physiological reasons, which have to do with the difference between the male and female brain, as well as hormones and physical biology.

The part of the brain that controls our emotional responses is called the “amygdala.” In men, the amygdala “talks” with just a few parts of the brain, like the part in charge of movement, as well as the visual cortex. Think of a guy’s brain like a stove with 100 burners, but only one burner is being used. Better yet, like a hot plate that kind of works–with no back burner.

The amygdala in women is more like a stove with about 100 burners all going at the same time, since it’s connected to parts of the brain that control language (which could explain why women talk about their feelings), as well as parts of the brain that control other bodily functions like heart rate, blood pressure and digestion (which could explain why women have more stomach issues than men when they’re stressed).

Also, women have 60% more prolactin in their system, which is a hormone that stimulates crying, while the male hormone, testosterone, can inhibit crying. Additionally, men have smaller tear ducts than women, so they can’t produce the same amount of tears as women.

So is having “a good cry” a good thing for men and women? Well, biochemist Frey found that emotional tears (a good cry) carry more protein than non-emotional tears (chopping an onion), which suggests when we cry for emotional reasons, we’re involved in a healing process.

The bottom line: When men talk about their emotions, they seldom cry. They may compartmentalize and show no outward emotion. But that doesn’t mean they’re uncaring, cold or emotionless. Men generally experience the same emotions as women; they just cope with them differently.