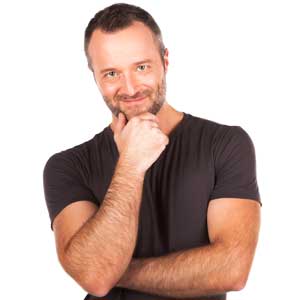 Is it a bad thing for him to be over 40 and never married? 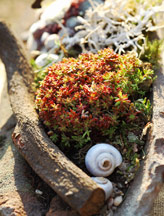 by Roxanna x7008
The following is a true story, only the name has been changed to protect my client’s privacy.
I recently spoke to a lovely gentleman, let’s call him Dave, who had met a woman who referred to him as a “red flag” or someone she shouldn’t date. He asked her why. Well she told Dave that it was because he’s in his late forties and has never been married.  She actually said it would be better if he was at least divorced. Dave didn't know what she meant and called in for some clarification.
Dave has spent a lot of time working, traveling, and building his company. He told me he’s currently single but has had girlfriends here and there.  But he just hasn’t met the right woman.
Do you think a man who has never married and is in his forties is a “big red flag?”  As this was the second time Dave had been told something like this, he asked me I had any advice for him.
What’s wrong with not being married?
Yes, it’s true. Most women would probably wonder, “What's wrong with him?”  Men often think the same about women that have never been married. And in the case of women, it can be even more complicated if they have no children. These common misconceptions can make it even more complicated when dating and trying to find "the one."
Here's why.  Early in life most of us focus on two areas: creating a stable career and finding true love. Developmentally this is the norm. We all seek the basic need for intimacy and stability in life.
No one wants to be alone!
By the time we are 40 we have pretty much settled into our niche.  That comfortable place is our "comfort zone." I told Dave "while you have worked on the career path part, it sounds like the relationship sector has not had any attention.  Saying you’ve had a girlfriend here and there is very generic.”
I continued “Yes, your friend’s concern makes perfect sense, since having a happy marriage takes communication and intimacy skills, commitment, and love, as well as collaboration, cooperation and attachment. There is a give and take, which means you must compromise sometimes in order to achieve balance in a healthy relationship.”
Marriage is a lifelong commitment.
Someone who has gone through his or her 20’s and 30’s without committing to marriage might find this difficult. Marriage is the only relationship that we make by choice where we are completely vulnerable to another - financially, physically, emotionally, sexually, mentally and spiritually. These things could be hard to commit to in middle-age. You have lived your life independently without being accountable to a mate.
I advised Dave to address her concerns directly. Ask her what it is about his past singleness that concerns her and to be honest.  Reassure her, by sharing the past, that he knows he is ready to find the love of his life and commit.
Middle-age can be a time of rebirth. Whatever was missing in our lives up to that point becomes very evident. Mid-life can be a liberating time. Dave’s financial stability has been attained and he can work on new beginnings in his personal life.
I specialize in love relationships. I can help you work through any issues or doubts you have along the way to achieving the long term, healthy love relationship of your dreams!  Many blessings!

Tamara: To me there's nothing wrong with Dave! He just been to busy working! He will find that special someone when his ready! I was married back in 1990, my marriage lasted for only a year and a half! But dated my Ex. For two years. He was my 1st of everything at 23. Anyway I stayed single for 4 years and decided to try dating.. I must say I've meet all kinds of characters. Got engaged and never worked. Anyway, I dated this police officer back in 2003 and broke it off in 2005. I've been single now for 11 years and I'm very happy, never dated anyone after that! Now I'm keep busy with a business venture w/ my sister in law.. But I must say, I did meet someone on a PenPal site but just as friends,his going thru a divorce which is sad but things happen... So for all I know, and who knows our friendship may turn into something else! We do have feelings, but it's all in time. His in Canada and I'm here in Washinton... To me and this for everyone if it happens it will happen if not then move on the universe has other plans for all of us!??

klh116: Wow, I am 53 and never been married, I do not feel like I have commitment issues, I was engaged to someone that I was deeply in love with who actually cheated on me.. so thank god I didn't marry him, as it stands I meet many guys who have been married, 2, 3 times, they say they want relationships that remains to be seen, talk is cheap and I take marriage/commitment seriously, when I do get married it will be for the right reasons, LOVE!

bookerzisme: So many women are fools. They fall for bad boys with attitudes, then wonder why they are not happy because their so called man is arrogant and abusive. They turn their backs on men who are respectful. Then they cry and complain that men are evil and don't treat them right. They created those men and many more. When men are taught to be bad and girls will like them, because that "IS" what girls show they like and that "IS" what they go for, then it "IS" they, the woman who created the monster and it is nobodies fault but their own. I'm a guy in my 40's who is not married. I date a lot and many of these women would love for me to marry them. However. At this age I see no reason to get married. It makes no sense. In only puts me in a position for a women to take everything I ever worked for while the courts leave me with nothing. It is not worth the risk and never has been worth the risk. So before a women comes on here saying that there must be something wrong with a guy because he has never been married. perhaps she should look in the mirror and look at what courts do to men who get married and divorced and look at some of the alimony checks divorced women receive while a guy is left with nothing. I assure you. This is why so many men are not married. And we also ask ourselves the same question. "Why is she divorced with kids from 2 and 3 different baby daddies?" Must be something wrong with her. Man she must be a real bitch. I wonder how much alimony and child support she receives? And if she has never been married or had kids, then we ask, "wow, she must stink or something" Why don't any guys want her or want to have sex with her?' And then we move on. Shame a women can't respect a real man and constantly choose those tough abusive ones that they keep returning to, then wonder why real men are dwindling.