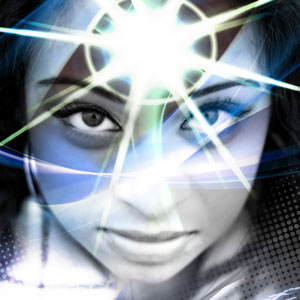 Burdens of a Psychic

Have you ever wished you possessed psychic powers? It would be pretty cool if you could see the future, help people with their problems, mediate with the dead, or experience the emotions of others. However, have you ever thought about how having those powers might be a problem? Take a look at these four ways psychic powers can actually be a curse.

You Sometimes Get Emotional Overload

Many psychics, especially clairsentients, can feel the emotions of people around them. That’s why they’re some of the most empathic and compassionate people. They help people with depression, grief, and all sorts of other emotions. However, having this sort of ability is also a curse because clairsentients can become overwhelmed with emotions.

How would you like to constantly fluctuate between happy and sad depending on how the people around you are feeling? This makes it nearly impossible to be comfortable in crowds. Psychics with this ability often keep to themselves because it is too difficult to sort through the emotions of more than one or two people at a time.

You Feel the Physical Pain of Others

Many psychics can feel the emotions of others but some can also literally feel the pain of others. This can be everything from normal headaches to the pain of chemotherapy. It is a good psychic ability because it can help people pinpoint why they are not feeling well. However, can you imagine how much pain a psychic would experience on a daily basis? Going to a hospital would definitely be off-limits.

There have been so many phone psychic scams that people are automatically hesitant to trust anyone claiming to be psychic. It’s sad, but that’s why there are so many “closet psychics.” How would you like someone to automatically assume you were a fraud when you tell them what you do for a living? Lots of people also associate psychics with evil. So, they avoid people who claim to be psychics simply for that reason. It can feel like a curse to be psychic when it comes to this negative stigma.

You’re Burdened with Too Much Information

The intuitive nature of psychics is a blessing because it's how psychics help others know about the future. However, knowing about the future can also be a huge curse. For instance, a psychic might get the impression that a person is going to experience something bad. The psychic then has the burden of deciding whether to share this information. Most psychics usually have a policy that if a person doesn’t ask, they don’t tell, but it’s still a tremendous burden to have to bear. Knowing the future definitely has its advantages and disadvantages.

As you can see, being a psychic isn’t all good. There are several powers that make life challenging. Yes, you get to help people with their problems, but it comes at a price.

prettymama: thank you for all information and explanation about the Psychic.Now I understand a little bit more. Godbless you all and thank you for your gift.