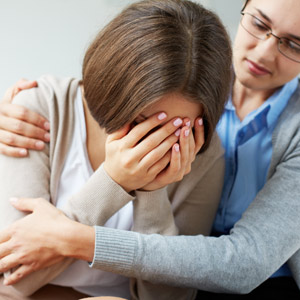 Person Being Scammed Out of His Money

Some people claim to be psychics to scam you out of your money. However, the majorities of psychics are reputable and truly want to help you with your problems. You just have to know what signs to look for to avoid being scammed. Look at these four signs that you’re dealing with a fraud.

Real psychics give you details about your life that you haven’t shared yet; however, fake psychics cannot. For instance, a real psychic can pick up stories from your childhood such as a treehouse or a specific friend. Fake psychics never give you specific information. If a psychic seems to be guessing about your past of present situation, you’re probably dealing with a fake. Fake psychics have a lot more “misses” than “hits.” If you’re looking for mistakes, it’s easier to catch a fraudulent psychic before spending too much money.

A cold reading is when a psychic tries to gather information from you through leading questions. That information is then regurgitated back to you so that you think you’re getting a genuine psychic reading. For instance, your psychic might start with a broad prediction, like “I sense disappointment in your past.” This works because pretty much everyone can relate and will start to talk about their past. Another broad statement is, “I sense there is someone important in your life starting with the letter S (or some other letter).” Pretty much everyone has a close friend or relative that starts with the letter S, J, or M, so it’s a safe statement.

Fake Psychics Want to Remove Curses from You

Another way to spot fraudulent psychics is if they say you have a curse or negative energy that needs to be removed. The curse removal scam is one of the oldest in the book. A fake psychic will charge you upwards of $1,000 to remove a curse that doesn’t really exist. It’s easy to fall for this scam because you may have had bad luck lately, such as a job loss or divorce. However, real psychics help you create the life you want by empowering you with information. They don’t ask for money to remove a curse and they aren’t in the business to scare, intimidate, or isolate you.

Fake Psychics Make Too Many Predictions About Your Future

Fake Psychics Don’t truly have powers, so they avoid giving you information about your past and present because they don’t want to get anything wrong and be caught. However, fake psychics have no problem telling you about your future. If you come across a psychic that only talks about the future, consider if you’re dealing with an authentic psychic or not.

These are the most common ways to spot a fake psychic. Just remember, there are plenty of real psychics out there who want to help you. It’s just unfortunate that you will occasionally stumble upon a fraud.