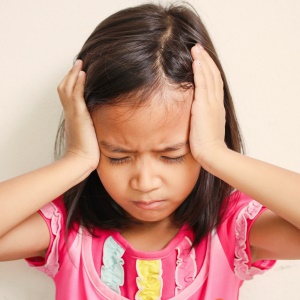 Don't act on your anger until you've had the chance to calm down and channel it into a reasoned response.

From the time you’re a child, adults tell you to control your anger. Tamping down the rage you feel prevents you from lashing out at other people. While this advice is useful, it has a downside. Some people go too far and think anger is something to suppress at all costs. However, anger is an emotion with a purpose and can even bring about positive results. It’s possible to channel and process your feelings into a healthy, mature response to an anger-inducing situation.

Anger springs up when you have a grievance stemming from a real or imagined injustice. Because anger comes from a perception that something’s unfair, it’s connected to a sense of right and wrong that enables you to differentiate between just and unjust situations.

When to Control Your Anger

Sometimes, it’s smart to control your anger. For example, if your significant other takes the last piece of cake, which you’d planned to eat, you may feel upset. After a few moments of irritation, you push down your feelings and move on. After all, it’s not worth starting a fight over cake. In fact, your beloved may not have realized you had your eyes on the last piece. In this instance, you recognize that the fallout from expressing your anger will provoke an argument that could ruin your day.

You may want to suppress your feelings if the situation that sparked your anger is rather insignificant. Many people who struggle with having outbursts over small grievances find help by talking to their friends, a therapist, or live psychic. From deep breathing to giving yourself a timeout, there are strategies to help you keep your cool even when your anger flares.

Though you can’t lash out at every actual or perceived unfairness, you can allow it to embolden you to speak out in situations where your intervention matters. For example, if you see someone being mistreated in a potentially dangerous way, your anger over the unfairness of the situation can motivate you to get involved. It’s possible you could prevent someone from being injured physically, financially, or emotionally.

How to Process Your Anger

Even when you do give yourself permission to act on the anger you feel, you have to do it in a mature, healthy way. Stepping into a situation to speak up when there are serious injustices doesn’t mean you can have a tantrum. Instead of having an outburst, speak calmly and explain why the situation is problematic. Appeal to reason to suggest a remedy for the unfair treatment. One way to process your anger is to phone a psychic and talk through it. When you’re calm, you can try to address the injustice.

You may not be able to process your anger into a clam reaction immediately. It takes practice to learn how to step back, cool your temper, and approach the situation with a rational explanation for why you’re angry.