I have been a layman astrologer for most of my adult life. During my days as a self-taught astrological practitioner, I came upon the Vedic Traditions of Jyotish astrology, and how accurate and sometimes scary the predictions were. However, the language, traditions, and symbology of Vedic Astrology were too advanced for me, so I opted to stick with learning the traditions of Western methodology instead.

Little did I know there existed amongst the academics of Western astrology two factions of philosophical practice, the Traditional Astrology model and the Modern Astrology one. Within these two factions exists an argument about the proper methodology of reading an astrological chart, and the debate is a BIG ONE. The highly accusatory tone of Traditional academia blames the Modernists for misconstruing the tenets of today’s astrology because they have not followed the traditional model of the ancients.

In the midst of all this debate, you get the feeling Traditionalists want Modern astrologers to cease and desist as if they are spreading some deadly disease of misinformation about astrology. But are they? 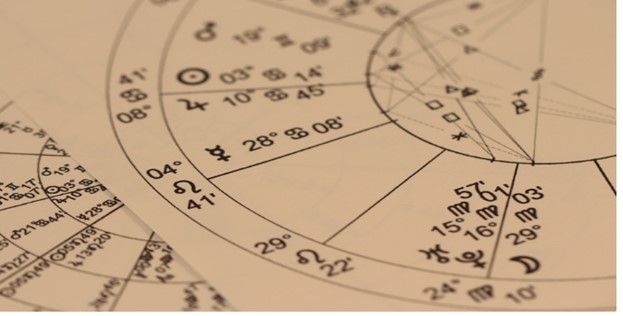 Astrology is the study of our external and internal worlds in relation to the effects and influences celestial bodies have upon other celestial bodies, humans, and the natural world. It was once classified as a science, but its credibility began to decline around the 17th century, some believe as a result of advances in astronomy making astrology an obscure pseudoscience.

Some astrological disciplines still in practice today are:

The History of Astrology

Ancient man began mapping the skies over 35,000 years ago, writing the movements of celestial bodies onto the cave walls of their dwelling, recording the phases of the Moon to guide the hunter during the night, and telling the farmer by day when to plant and harvest their crops. In Western tradition, as history progressed, astrology was a practice allowed for the elite only. Kings, queens, and royals of the court made it illegal for commoners to know about their destinies so as not to pose a threat to the power structure. 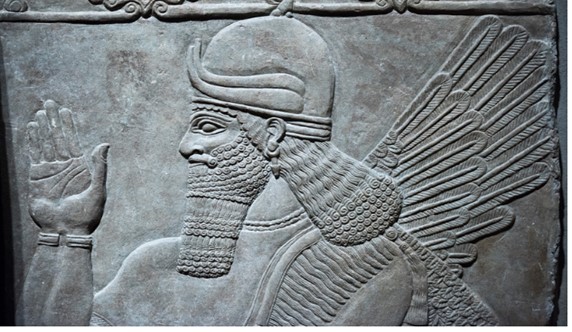 Some of the earliest known recordings of an organized system of astrology are during the Babylonian era (2000 BC). This system is said to have spread to the Greeks who thru the Hellenistic tradition (150 BC) - also called Traditional - transferred their knowledge of astrology onto other cultures such as the Vedas who practice Jyotish astrology. Other cultures that are said to have received the Hellenistic discipline by transmission from the Greeks are the Persians (226 AD) and the Arabs (600 AD).

Many of the techniques and practices Traditionalists use today are from the ancient source texts of Hellenistic astrology. Claudius Ptolemy (100 AD) is one of the most notable ancient astrologers of Hellenistic tradition. He made significant contributions to astronomy and influenced the foundational principles via his series of texts called the Tetrabiblos.

Other Notable Ancient Influential Astrologers of the Hellenistic Era:

Marcus Manilius (14 AD) - Author of one of the earliest known astrological works, Astronomicon.

Thrasyllus of Mendes (36 AD) - Astrologer to the Roman Emperor Tiberius.

Dorotheus of Sidon (100 AD) - Authored The Pentateuch, a textbook on astrology.

Vettius Valens (120 AD) - Authored the Anthology, one of the most detailed works on astrology, to have survived from the Hellenistic era.

What is Traditional Astrology?

Traditionalists follow the horoscopic precepts of the Thema Mundi (World Chart), which utilizes the five traditional planets and two luminaries (Sun and Moon) as the basis for horoscopic prediction. The outer planets - Uranus, Neptune, and Pluto - are not included as a part of house rulership. When reading and interpreting charts under Traditional methods, planetary condition is a key factor.

Some Main Tenets of Traditional Astrology:

Houses do not equal planets or signs, just significations

Uses five Ptolemaic aspects only, minor aspects are not used

What is Modern Astrology?

Modern philosophy believes the native has choice; an indeterminism that gives the owner of the chart free will. Modern astrology is centered around predictions of internal events and is a psychological-oriented analysis. If we defer back to the example where the client asks the Traditional astrologer “Is my person of interest cheating on me?”, the response from a modern practitioner might be “Your birth chart indicates people you attract may have the tendency to be unfaithful.”.

Modernists follow the horoscopic precepts of the 12 Letter Alphabet, which utilizes the five traditional planets, two luminaries, and outer planets Uranus, Neptune, and Pluto to represent each of the twelve houses. Modern astrology is highly archetypal because it uses the zodiac signs for character analysis. Planetary conditions such as sect, domicile, exaltation, planetary joy, etc. are not key considerations.

Some Main Tenets of Modern Astrology

If you are a visual learner, the diagram below can help summarize the major similarities and differences between both modern astrology and traditional astrology.  I hope you find it helpful as we continue our astrological journey here together. 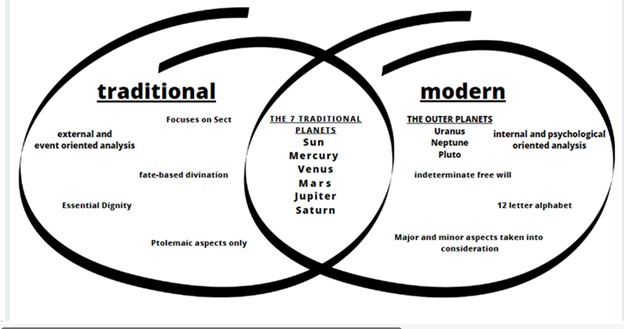 Which is the Best Astrology Practice?

If you are new to the school of astrology, how do you determine which method would be the best practice for you? Below are two examples of how one may analyze a birth chart to determine the vocation of a client from the Traditional Astrology vs. Modern Astrology point of view: 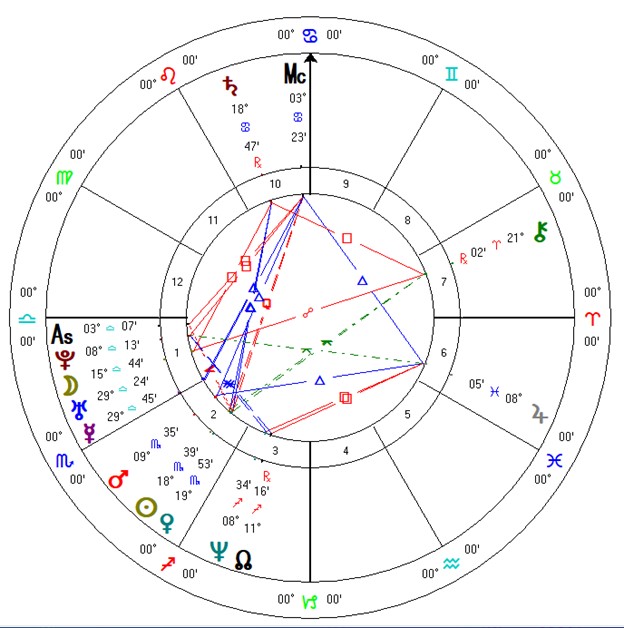 WHAT IS MY TRUE VOCATION?

*SOME SIMPLE CONSIDERATIONS FOR TRADITIONAL ANALYSIS:

Indicators of the condition of the native

Sun = Scorpio (ruled by Mars); the self = action

Venus = Scorpio (ruled by Mars, is in detriment); the desires = action

*The native will passionately assert their emotional desires in life through the love of aesthetic pleasures.

The native has a night chart with malefic Saturn above the horizon, making a positive aspect to the benefic Venus, which should be an overall indication of very good fortune for the owner of the chart.

*The native will have considerable success at whatever they do.

If we use the derivative house system (turning the wheel) for career analysis, we get the following:

If the 5th house = creative expression, when we turn the birth chart to make the 10th house the ascendant, the 2nd house becomes the 5th house, we get the following:

Mars in the 5th house of creativity, talent, and entertainment

*The native will be assertive in creativity and perhaps work in the entertainment industry.

If we put together what we have found, we come up with the following analysis for the vocation of the client:

*Because the overall chart indicates the native will have success in all they do and the 5th house indicates creative expression, with Mars being in its domicile, this person will be very successful in the arts and entertainment industry.

The analysis above is just a short synopsis of the chart interpretation and not meant to be comprehensive. 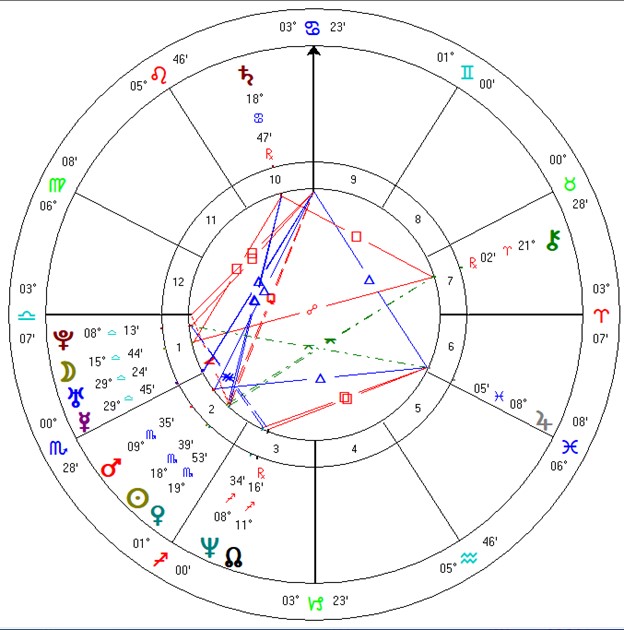 WHAT IS MY TRUE VOCATION?

*SOME SIMPLE CONSIDERATIONS FOR MODERN ANALYSIS:

I am a manipulator (Sun sign Scorpio) with the heart of a peacemaker (Moon in Libra) wearing the mask of the artist (Ascendant sign Libra).

*The native will seek a power-oriented, balanced profession they love, probably in the arts.

Houses that affect the Career

*The native of the chart will be emotionally tied to their work, which may involve the healing arts.

*The native of the chart shows the emotions to others while working and in life.

*The native of the chart has the support of the people.

If we put together what we have found, we come up with the following analysis for the vocation of the client:

Examples one and two are a short synopsis of how a Traditional versus a Modern astrologer may analyze a chart and are not meant to be comprehensive interpretations however illustrate the distinction of interpretive processes between the two.  The Traditional Astrology method may require a deep dive into understanding the methodology for house placement and planet condition whereas the Modern Astrology version only requires a basic comprehension of house meaning and archetype.

Did you figure out these birth charts are based on actual person you likely have seen on the big screen at least once. Yup, the owners of both of those charts above is none other than actor, film producer, and activist Leonardo DiCaprio.  He's the "king of the world!" 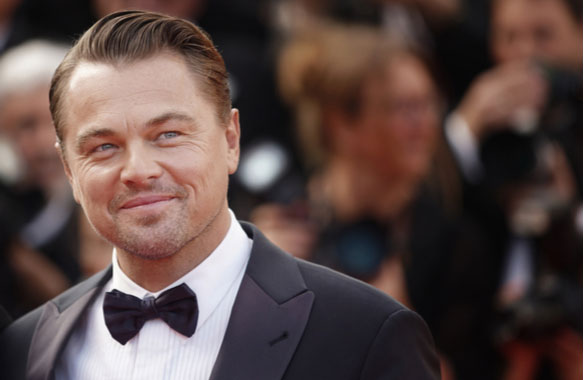 What is the Best Practice Traditional or Modern Astrology?

In this author’s opinion, the astrological methodology that is best practice is the one that is most supportive for what you are trying to get out of your reading. The best way to determine that would be to look inside of you, whatever method is most comfortable for you, will be the best practice. If your chosen psychic advisor or astrologer does not suit your needs, the best decision would be to look to another, as the goal is to provide the best individual care. 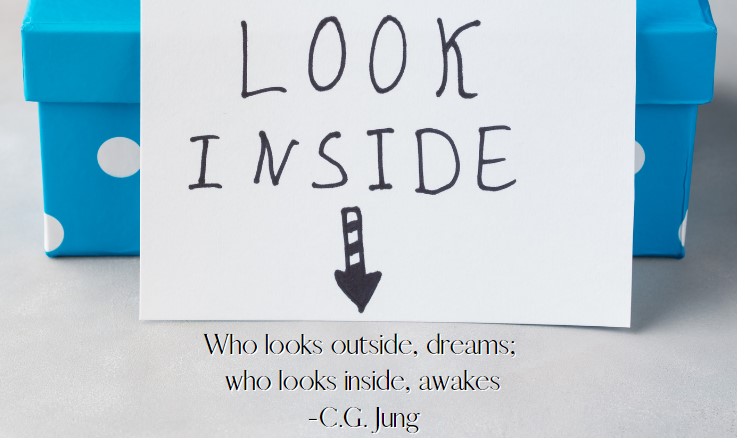 Whether taking the Traditional approach via analyzing the external circumstances, or the Modern by taking a deep delve into the psychology, astrology is a useful tool in either circumstance when it helps the needs of the client. I prefer to remain flexible by using both methodologies in my practice. No one person is the same, and neither is their birth chart or their circumstances. One day a client may ask where they misplaced their car keys, and on the next ask what compelled them to hurl the keys at the cheating boyfriend. LOL! Two different queries requiring two separate methodologies, or at the least two different approaches for sure.

After reading this article, which method speaks the most to you?

Get an Astrology Reading

Get a Reading with Joanne x4733

In-house Astrologer Joanne has a bachelor’s degree in History and formal education and study in Computer Science. Joanne worked in corporate marketing for over 24 years but decided she would take early retirement to pursue her passion for the metaphysical arts. Joanne is currently enrolled to receive her certification in Astrological Counseling and Relationships and has been a practicing astrologer and Tarot reader for over 9 years. When not working with Psychic Source, Joanne is busy being a district leader for a nonprofit organization that teaches public speaking, is a world traveler, and enjoys spending time with her pet dog Reese alongside her cat, Stinky Winky.