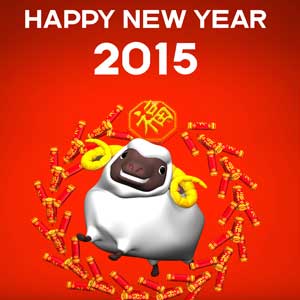 
Welcome to the first in a 3 Part Series all about Chinese Astrology by Psychic Arthur.


And even better? Out of the 12 Chinese Zodiac signs, the Sheep is the eighth zodiac sign – and the number “8” is considered to be a very lucky number, symbolizing wisdom, fortune and prosperity.


The Sheep (or Goat or Ram) is kind, tender and sympathetic. It stands for peace, tranquility and harmonious co-existence. The Sheep is the symbol of creativity and elegance.


What to Expect in The Chinese Year of the Sheep

After a turbulent Year of the Horse, this year will seem a bit calmer, as well as a year for reflection and acknowledging the accomplishments of others. This will also be a year for getting back to the basics and using our intuitive knowledge to find solutions to many problems plaguing the world today.


While the threat of terror and chaos has swelled around the world over the past several years, The Year of the Sheep can help wisdom prevail, allowing for peaceful solutions and/or compromises. It may not eliminate the threats of aggression, but it can help to keep things constrained with smart strategy and common sense. At the same time, economic and political situations can start to stabilize.


The Year of the Sheep is also a time for the whole of humanity to have a chance at changing the world for the better.

Does this leave you wondering "What is my Chinese Zodiac?" No problem. Check back tomorrow for a handy guide determining which sign is yours, and what it all means in Part 2 of our 3 part look at Chinese Astrology by Psychic Arthur.