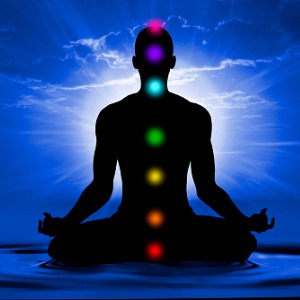 What's your most powerful chakra?

All beings have seven chakras, or energy centers that align in the center of the body. While each energy center holds its own power, everybody has one chakra that dominates the others. Discover your most powerful chakra based on your astrological sign.

For ambitious Arians, the Sacral Chakra is the most powerful. Located in the genitals, this chakra generates ample sexual energy. A blocked Sacral Chakra can create serious frustration and issues with self-confidence, even for the most driven Arian.

The Heart Chakra, located in the center of the chest, beats the strongest for Taureans. An open Heart Chakra can inspire overflowing love and attraction, while a blocked Heart Chakra can lead to emotional pain and substantial sorrow.

The Third Eye Chakra, located between the eyes, holds the greatest power for Cancerians. This chakra serves as the gateway to psychic realms and can welcome intuition. Illusions can easily block the Third Eye Chakra.

For royal Leos, the Crown Chakra is the most powerful. Located on the head, this chakra enables divine communication. As an astrology reading can enlighten you, a blocked Crown Chakra can cause Leos to become disconnected and too self-centered.

The Heart Chakra is the most powerful for Librans, who thrive on balance. When the Heart Chakra is blocked, Librans are likely to lose their sense of balance, but an open chakra lets them emit love and keep sorrow at bay.

The Sacral Chakra governs infamously intense Scorpios, and an open chakra gives them the power to project confidence and sexual energy. A closed Kundalini Chakra can cause anger and unwelcome feelings of failure.

For Sagittarians, the Solar Plexus Chakra holds the greatest power. Located just above the naval, this chakra opens the door to enthusiasm and excitement. When blocked, it can cause laziness.

The Root Chakra, located near the base of the spine, keeps Capricorns grounded. A blocked chakra can lead to unpleasant feelings of disconnect, insecurity, and isolation.

Like Capricorns, Aquarians are governed by the Root Chakra. When open, it inspires feelings of belonging and creativity. However, a closed chakra can cause Aquarians to feel unwell and alone.

The Solar Plexus Chakra is the strongest for Pisceans. This centrally located chakra enables astral connections, while a blocked chakra can cause feelings of shame and stasis.

Curious to learn more about how your sun sign guides your chakras? Talk with a video psychic for advice on how to make the most of your energy centers.