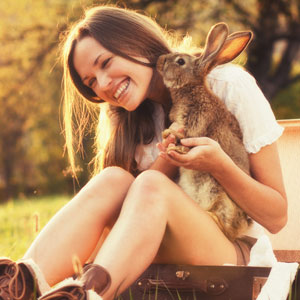 Running away from problems may only make it worse. 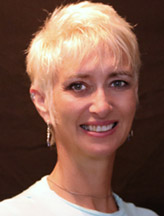 Get a Reading with Minerva x9532
Among the numerous calls I’ve received about relationships, a few have been about one partner leaving the home for another partner. It recalls the Aesop Fable “The Hare in Flight” that basically comes down to a hare trying to outrun some hunting dogs so it jumps into the sea and is eaten by a shark instead. Responsibilities and life can overwhelm many but flying away may just land one in an even worse situation.
All partnerships begin with giving and receiving love and trust. Over time, most relationships evolve from two people to a family. The juxtaposition of adult to child ratio can get out of balance and even change the dynamics around the home. For many it is natural, comfortable, easy and blessings to all those that maintain healthy, happy households. But for the rest of us…
Get Me Off this Ride Now!
Stress happens in homes and work situations. It is an inevitable consequence to being alive and part of the emotional, mental, and physical contact with other human beings that test our boundaries in many ways. It differs for everyone so much that some people are easily unhinged or can feel uncontrollable. This brings out the fight or flight in individuals and can prove one’s mettle.
A strong individual deals well with pressure and can compartmentalize the daily routines in house and office. Things just roll of their backs easier or may find avenues to release tensions whether through exercise, meditation, or possibly talking it out with a friend. They are not going to lose it if things ever go wrong and tend to be the rock for partner, family, or co-worker.
Avoidance Causes Bigger Problems
The other side of the coin is the one that gets anxious over little aggravations. Finding excuses to not show up at home; doesn’t deal well with spats, relatively non-existent co-parent, runs out for any reason, will not come home on time after their regular job, and buries themselves in something or someone that makes them feel better at least for a little while. A complete reversion to adolescence to the point of moodiness, rebellious behavior, and insolence so much so that the partnership caves in and leaves the partner and family high and dry. This scenario is more common that one realizes, sorry to say.
The funny thing is those troubled individuals are fleeing from something that may not make them feel safe, empowered, possibly directionless. Impetuous and frivolous actions allow one to have a sense of comfort for time but lead to even bigger problems down the road. Instead of dealing with the kids and unhappy spouse back at the homestead, this person now has added new financial burdens with a new partner and possibly a new child to their plate. Talk about stress and drama! No judgment here: everyone deals with life in numerous ways.
The Moral of the Story
The moral of this tale is impulsiveness and hiding from one’s responsibilities may feel like a relief. Yet the small fishbowl that some want to get rid of because it is too confining may lead to a flush down the toilet to their demise.