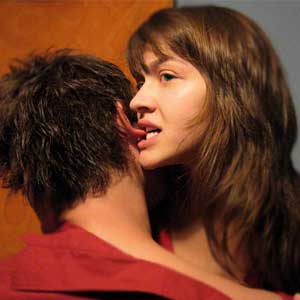 It's only natural to want to give in to sexual temptations!

It’s OK. It’s happened to most of us. You’ve been sexual with someone that didn’t work out and now you’re tempted to create drama by getting sexually involved with people who aren’t the best for you.  Don’t beat yourself up! You’re having a full life, and that’s better than being in a coma.

When we’re younger, we lack awareness.  Our frontal lobes haven’t developed. We’re like puppies sniffing around a garbage can and before long, we tip the can over. We’re covered in trash and we don’t know what happened.
Step back and be aware when you’re craving sex and when you lose your judgment in this area. It will never be perfect, but you can grow in awareness of when getting involved with someone is a waste of your energy and could cause problems. Sexual attractions and temptations are a part of life.
The relationships we’re in help us learn lessons about ourselves. If the relationship doesn’t work out, it can be practice for the next one. Even relationships that end give us gifts.
Tempestuous Relationships Inspire
Picasso’s paintings started a new period with each new mistress. However, this is playing with fire. If we have a hundred internal horses for positive energy and we use ninety of them acting out sexually, we don’t have horse power left for good goals. Woody Allen had a gag about this in the film “Annie Hall.” After having sex with a girl he picked up, he says, “There went another novel.”
Watch the slippery slope of events that leads to acting out. People don’t just hop into bed. First, there are conversations in which you bond. Then, “Let’s meet for coffee.” This progresses to meeting alone at their place.
You’re operating in integrity when you fight biology and think about the consequences. There are triggering images out there online and in films. The beauty of the body is not wrong. Just watch if certain images set you up for cravings that keep sex on your mind so much you’re tempted to act inappropriately.
These temptations are our ego wanting to experience a state of being admired, connected, and understood. That’s only human, but the secret we forget is that this state is something INSIDE you, not outside you in the other person. They just help you get to that state. They are not the magic elixir that will make you happy. Don’t idealize them.
Sexual Attractions Can Become an Emotional Roller Coaster
You can end up feeling depressed. They tell you you’re beautiful, you have nice eyes, etc. It gives you a rush and you go up into the clouds.
But what comes up, must come down. It’s eventually taken away and the high doesn’t keep building. Sexual energy wanes. Now you’re acting needy, wondering why they didn’t return your call. You’re moping around instead of creating your life.
Don’t pin your self-worth onto another person, but stay grounded in your own identity and fully engage with all the aspects of your life. It's perfectly OK to take time to recharge. If you get knocked off the horse, take a little time to regroup then get back on again, wiser and stronger than ever!