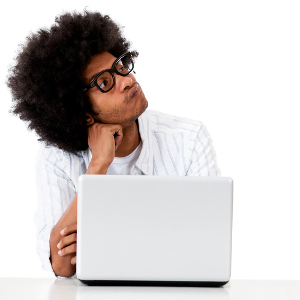 It's easy to obsess over cryptic social media posts.

It isn't hard to start obsessing over a cryptic social media post, especially if it's from a good friend, significant other, or someone you're interested in romantically. Many times, people hide messages in their social media actions. Here are some common posts and their hidden meanings.

Start With the Photo

Whether you're just getting to know someone or in a serious relationship or friendship, a profile photo can let you in on what he or she really thinks. If you're interested in a guy whose photo is himself with a guitar or car, he could feel very passionate about his hobby...or he could be trying to get girls by reflecting what he thinks are stereotypical preferences.

What if you have a friend who posts regular updates about their exotic life? Casual posts about expensive, unique activities, like lounging on a Hawaiian beach sipping drinks, are cries for attention. The poster is showing that his or her life is more fabulous than everyone else's lives.

Perhaps you're getting a play-by-play account of all the successes of someone's career. The interviews, the business trips to exciting locations, the great coworkers—all come together to paint a carefully curated show of success. This is a similar way of calling for attention.

If you wake up to posts from friends who say they're accidentally eating pizza for breakfast, quipping about some serious implications for their hips, these friends want to broadcast a message that they're carefree and unconcerned. What they're really saying is that they're beautiful and thin, whatever they eat—and they'd like a compliment.

For friends that post a cryptic message about feeling down, they may want you to think that though they're not feeling at their best, there's no need to worry. They're really saying the opposite and asking for attention. Chatting with an online psychic can help decipher if a friend is truly in need.

"The strangest thing just happened to me!" "Sometimes people are just terrible." "Keeping my fingers crossed, wish me luck!" When friends post statuses like these, they're trying to act intriguing. At the same time, they have a story that they think is interesting and want people to ask about it before they'll divulge their secrets.

If you have friends you care about that post that they are feeling a little bad after some change, like a break-up or lay-off, but that all is well, you may want to check in with them. Though they're trying to send out the message that they're strong and a trooper, chances are they really aren't in a great place and could use some encouragement. Again, a live psychic can help you decide how best you can help.

It may not seem cryptic at all when friends post a practical request, like asking people to send their numbers after losing their phone. It seems like this poster values friendships and wants to keep in touch. But they might also be looking for a particular number that they wouldn't get their hands on otherwise!

People constantly post thoughts on social media with hidden meanings. Deciphering what they're really saying can let you in on their true feelings.