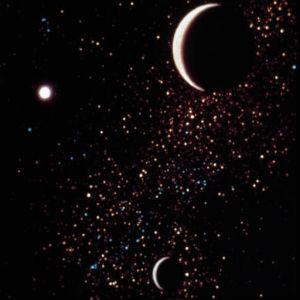 What is so special about December 21, 2012?  Every 25,800 years we make a full circle in our galaxy.  Remember the song “Aquarius” by the 5th Dimension back in the 60’s?  We’ll finally we made it, on December 21, 2012, 11:11A.M.  It's when we jump into the Age of Aquarius, and it took us long enough!  Many spirits on the Earth’s plane now were here 25,800 years ago.  We are all spiritual beings having a human experience (that’s why life is so hard.)
The reason for all of the attention on the Age of Aquarius is that it's about the spiritual awareness of your psyche consciousness and re-connecting to Mother Nature and real life!  While all of this is happening with us, just as much is happening above.  Remember the saying, “as above so below.”

The ancient Mayan's calendar is based on what is known as the galactic alignment.  The galactic alignment is on the direct path of the Milky Way center black hole and its gravitational pull.  We are very much influenced by the planets, eclipses, alignments between the different bodies in the heavens.  They influence our moods and temperament.  All of this action happens in the zodiac sign of Ophiuchus, which is in the galactic center of the Milky Way.  The constellation of Ophiuchus is in the middle of the Milky Way within the family of Hercules. Ophiuchus is also the forgotten zodiac sign, taken off the calendar by Pope Pius VI, to make the calendar an even 12 months.

This “Galactic Consciousness” is an alignment of all the planets with our sun in the heavens which will form a cross to reference the middle of the Milky Way. At the same time there will be another cross that forms here on Earth with the electromagnetic grid and the Earth’s ley lines, which also contain the etheric vibration frequency grid.

This is the celestial event of our lifetime!  The jump into the Age of Aquarius is a moment in time and in your life that will never be repeated.  A celebration of the birth of our planet?  Since we are the center of attention, it sounds like a good idea to me.  We celebrate everyone else’s birthday.

Many cultures predict the doom and gloom of the date, December 21, 2012. Life isn’t going to end, it’s a beginning again.  A celebration of life on our planet and its birthday -- wow!
Along with the jump into the Age of Aquarius, on this same day there is the beginning of winter, the earliest since 1896.  Winter solstice starts at 6:12AM.  This rare extraordinary year should give you thought and time for contemplation of your own life and where it’s headed.  As humans we have survived a rare occurrence indeed and our hearts are still pumping!!

So, all in one life time we’ve gone from the Piscean Age to the Age of Aquarius--we’ve come a long way baby!