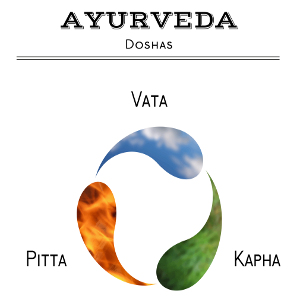 The three Doshas explain your physical and psychological blueprint


The British music duo Groove Armada once sang “if everybody looked the same, we’d get tired of looking at each other.” Most humans have an individual look, but the differences don’t end there. Some people are inherently happy and others prone to depression, while some people exude grace and others are clumsy.

Similar to how an authentic psychic can help explain your personality traits, the holistic healing system Ayurveda seeks to explain the idiosyncratic blueprints of people using the three Doshas. These are the biological energies in the human body deriving from the elements and known as Vata, Pitta, and Kapha.

The Vata Dosha reflects the qualities of air and space. It rules motion-controlling body functions such as breathing and nerve impulses and effects psychological traits such as excitement and forgiveness. Vata is often called the “King of the Doshas” due to its governance of the human body’s life force.

A person whose Vata is in balance exhibits many positive qualities. They often exude vitality, creative expression, and a natural ability to communicate easily with others. In contrast, out-of-balance Vata can produce negative qualities such as fear and anxiety that can overshadow the Dosha’s positive attributes.

The Pitta Dosha relates to the fire and water elements and governs metabolism and digestion. Heat and energy are among the physiological traits of Pitta, while its psychological influences include mental perception and a range of emotional characteristics.

A balanced Pitta allows qualities such as tremendous drive and sharp intellect to shine though. On the other hand, a person whose Pitta Dosha is in an imbalanced state will often display negative qualities such as anger and bitterness towards others and life in general. In a sense, the person's emotions will overheat.

Associated with the earth and water elements, the Kapha Dosha governs the body’s physical form and structure, ensuring that all body parts function smoothly. Physiological influences include energy and joint lubrication, while psychologically this Dosha affects emotions such as love and patience.

Kapha in a balanced form most often manifests itself in feelings and actions that are loving and calming. On the flip side, an unbalanced Kapha will result in personality issues such as depression and fatigue. Individuals may notice themselves becoming lethargic.

While the positive manifestations of the three Doshas are welcome qualities in most people’s lives, the attributes of the various imbalanced states—both increased and decreased—are less easy to cope with. Keep your Doshas in balance by first determining which of the three you most relate to.

You can take an Ayurveda Dosha self-test, although it may help to discuss your result with an online psychic. When you become aware of your ruling Dosha, you are able to adjust your diet and lifestyle to better suit your personal Dosha blueprint.

Balanced Doshas should help you become aware of the needs of your body and mind. Taking steps to discover your main Dosha and making the necessary adjustments will help you live a life that is more in tune with your needs. The benefits of making these changes may surprise you.