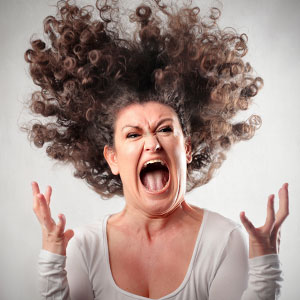 Be honest - are you an angry person? 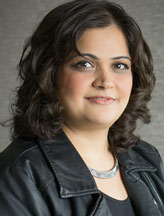 Get a Reading with Levana x9252
My mum tells me the first time I glared at her I was all of six months old; I was just very irked by her repeated attempts to try and spoon feed me. You could say anger is as old a friend as any of the other myriad emotions that have colored and punctuated my life. But yes, it has been the hardest to ally with, especially given all that bad press anger receives. Being an “angry person” doesn't really qualify as a personal milestone (especially on the spiritual path) and, unlike some of our other emotional allies, anger doesn't really seem to do the body much good either.
So like pretty much everyone else I know, I spent years trying to be a calmer version of myself. Breathing techniques, rational explanations, self-control… I tried it all. Being angry was just not the answer and so instead I chose to deny, suppress or altogether hide from the rage that would begin to bubble up at different points in my day. You see, I had seen the destructive effect anger can have very early on in life, and so by the end of my teens this most fiery of emotions did not win any loyalty from me.
Yet the fact that I did not experience my anger did not mean it did not exist. The fact that I wasn’t brimming with rage did not mean I was not an angry person.
Each time I dove within into my own energy, emotions and thoughts, I would sooner or later run into anger I had long forgotten about, frustrations I dare not discuss with anyone else, disappointments that had just become part of my every day. Sooner or later I hoped to break through and when I finally did, here are the 3 most important things I learned.
1. Anger is a Response
One of the gravest errors we make when dealing with anger is identifying it as an independent emotion. Anger is not a base feeling; instead it is more of a protective response to another feeling. You don’t just feel anger by itself; your anger bubbles up when you feel saddened or humiliated or violated by the experience at hand.
This could be your heart trying to protect itself, your ego trying to protect its sense of self identity, or even your mind trying to protect its sense of structure and order through which it makes sense of the world around it.
Your feelings, beliefs, ideas and fears, all serve as potent triggers that you seek to protect when angry.
Your anger could be self-indulgent or it could be 100% righteous, but your anger is a protective response - there is always another feeling underlying it that triggers it.
2. Eliminate the Fuel to Douse out the Fire
Of all the elements, anger can be described as a fire for it has the ability to transform us and the situation at hand. Thinking of your anger as fire and not just an intangible is helpful in trying to understand it. For one, you begin to see how counterproductive suppressing it or trying to contain it can be. Fire needs to be channeled and put to use or it need to be extinguished, and so does anger.
If you are trying to heal or douse your anger, focus as much, if not more, on the fuel that feeds it.
For instance, any attempts to put your anger with your partner behind you, may well need you to look at just how they made you feel in the first place. Identify the trigger first and you are a whole lot closer to healing the anger.
Yes, accepting and addressing the pain may need you to be vulnerable and honest with yourself. This isn't always easy. We don’t always want to accept how much someone can hurt or upset us, how much someone’s words or actions may matter to us. But challenging or not, this is a vital step in dousing out that anger for good.
3. Assess your Actions, not your Anger
Your anger by itself is a protective response. Judging and resisting your urge to protect yourself doesn't sound like a very constructive choice, does it? Instead it is the actions and choices your anger translates into, not your anger by itself that determines just how constructive or destructive it really is.
A lot of our judgment and aversion to anger stems from our experience of it as a destructive entity, but really the destruction we see stems more from our inability to channel this protective response effectively. A lot of the carnage is the result of us being overwhelmed by our anger rather than being able to apply it as a driving force. Do you let your anger flare into a series of uncontrolled expressions, arguments and actions or do you channel it into something that does more good than harm?
Think of Gandhi or Dr. Martin Luther King Jr’s nonviolent movements or the victories of so many sportsmen and women who proved their critics wrong over and over again. This was anger, an urge to uphold a belief, put to constructive use. This was righteous anger tempered and channeled effectively. This was anger mastered.
In her wisdom God/the Universe/Nature created anger and I don’t think it was to put us at a disadvantage. If anything, through my own experience, I have discovered that learning to temper and channel our anger effectively not only qualifies as a huge personal milestone, it empowers us in ways unmatched by any of our other emotional allies.