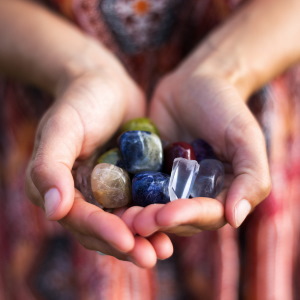 Crystals have long been used for energy work and healing. These stones have fascinated societies throughout history and around the globe. Intriguingly, many of the earliest associations and uses for crystals are still in place today.

Some of the earliest documented uses of crystals for energy work come from ancient Egypt. Lapis lazuli was used to enhance one's intuition. Malachite was a popular stone in pharaohs' headdresses, as its energy was believed to assist in decision making.

The balancing properties of quartz were believed to bring the energies of Ba (the individual personality) and Ka (the innate life force) into equilibrium. Ancient Egyptians believed that topaz could guard against evil spirits. These stones were sometimes placed on the forehead during burial to assist with safe travels in the afterlife.

Jade was highly prized in ancient China where it was used for the burial armor of emperors. The stone was believed to manifest the essence of love and provide healing, particularly for the kidneys. Quartz had an important role as well. Balls made from quartz, not unlike the crystal balls now associated with psychic readings, were seen as the essence of dragons and therefore very powerful.

In ancient Greece, crystals were often associated with the gods. Amethyst carried significant associations with Dionysus, the god of wine. The distinct energy of amethyst was believed to assist in sobriety, a use that continues to this day. Hematite was associated with the god of war, Ares. Soldiers would rub this stone on their bodies before entering battle to channel its power.

Theophrastus, one of Aristotle's successors, wrote the oldest known lapidary, which was a detailed book expounding on the properties and uses for different crystals. This was referenced through the Middle Ages and into the Renaissance.

In the 11th century, the study of crystals' energies began in earnest. The Bishop of Rennes famously claimed that agate could be worn to encourage a more agreeable and persuasive demeanor. Hildegard von Bingen and John Mandeville wrote about the healing properties of crystals. While these stones were thought to have great potential, there was also a common belief that demons could possess them. To combat this, crystals were cleansed before use, which is a practice that has continued in modern times.

In 1880, scientists and brothers Jacques and Pierre Curie discovered piezoelectricity. They found that pressure can produce an electric charge in quartz and other crystals. This confirmed that crystals emit forces and have their own energy that can be demonstrated scientifically.

Today, crystals are used for all kinds of energy work, from cleansing to meditation. If you're looking for a way to influence the energies in your life, crystals can have a positive impact. 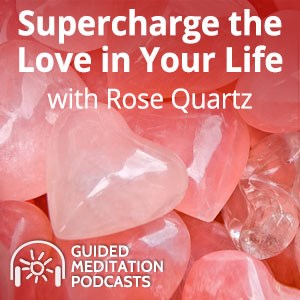 Rose quartz is a powerful crystal ally. In this guided meditation, Psychic AJ will help you work with its energy to expand the love in any or all areas of your life.