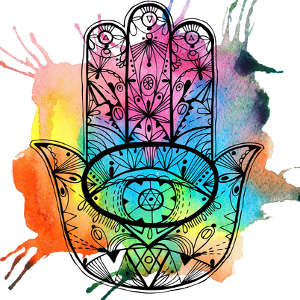 What do your Chaldean, Pythagorean, and Kabbalah numbers reveal about you?

Numerology, or the study of the relationships between names, numbers, and birth dates, can reveal troves of information about you, your personality, and your future. If you’ve ever wondered what the three main kinds of numerology are and how they can work for you, read on to learn more about Chaldean, Pythagorean, and Kabbalah numerology.

The most ancient form of numerology, the Chaldean system has its roots in ancient Babylon. Instead of logically linking letters to numbers as the other systems do, Chaldean numerology assigns numbers based on the vibration of the letter.

To determine your compound Chaldean number, match the letters of the name that you go by and add them together until you reach a double digit. This number reveals information about the deeper meaning behind your name.

To determine your single Chaldean number, continue to add the digits together until you reach a single digit, unless your double digit is the master number 11. This number reveals information about your physical or outward appearance.

In Chaldean numerology, the date of your birth is also significant. A numerologist can tell you more about the meanings behind these numbers and what they mean for your life path.

The theory of numbers that the Greek philosopher Pythagoras developed centuries ago serves as the foundation for numerology as we know it today. What’s unique about his system is that he considered numbers to be symbols instead of digits. He viewed numbers in a cyclical way, linking each with two or more letters of the alphabet.

A Pythagorean number can reveal many things about you, but the destiny number is considered the most significant. To determine your destiny number, match the letters of your first name with the corresponding number and add all of the digits together. Do this until you reach a single digit, unless your double digit number is 11 or 22, one of the master numbers. This is your destiny number and reveals which positive and negative qualities you possess.

Though it’s seen a recent resurgence in popularity thanks to celebrity devotees, Kabbalah numerology has its roots in Jewish mysticism. This system focuses not on physical experience but rather internal knowledge. Essentially, followers of Kabbalah believe that elevated self-awareness leads to greater knowledge. Staying true to self-awareness, Kabbalah numerology relies on an analysis of your first and middle names.

To determine your Kabbalah number, reference the chart that matches letters with numeric values, and add up the values from the letters in your first and middle name. Divide the total value by nine and add one to the remainder.

The result is your Kabbalah number. Your number may point toward progression, expansion, love, magic, success, or a number of other energies. Though this form of numerology can get much more complicated, most Kabbalah numerologists focus on this set of numbers and their meanings.

For more guidance with determining your life path numbers and their meanings, consider a psychic reading. You may learn everything from your positive and negative qualities to your life’s destiny.