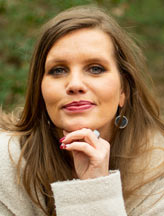 Get a Reading with Aphrodite x3549
This is a true story about me and knowing my beloved dog would be reunited with me. I want to help others who have lost that one pet, with whom they were truly connected. They always come back for you.
July 25, 2019 was one of the most difficult yet faithful days of my life. I had so many emotions about my beloved dog, "Boo." You see, he was not himself anymore, had zero appetite, was losing muscle mass and I just knew he was no longer happy. I was his only happiness. He was mine too. I knew the decision I dreaded was impending.
I live alone and have been blessed to have him in my life for 14 years. 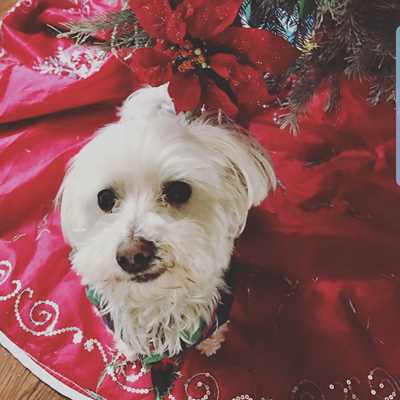 Over the last year, I noticed his health was declining and I felt there was no use in putting him through added stress of the tests and needles required to possibly extend his life. I saw my mother go through enough of that to know that was no quality of life. He had exceeded his maximum years of his breed and I was grateful.

He Will Come Back

I knew he was so amazing and so loyal to me, that it was my duty to him, to ensure that he not suffer; he deserved better than this, despite my resistance to be without him. Yet I knew beyond the shadow of a doubt, he would come back in this lifetime. My logical mind was scared, yet I still had faith and trusted he was coming back for me!
Holding him while his sweet, beautiful soul left his body was one of the most difficult times I have endured, to say the least.
After he made his transition, I felt like I could not breathe, as though the wind had been kicked out of me and it was difficult to stand. I had thoughts of "What did I just do? I should have tried crystals or other methods of healing for him." I also wondered "What the hell am I going to do without him?" I was sick. And lost. 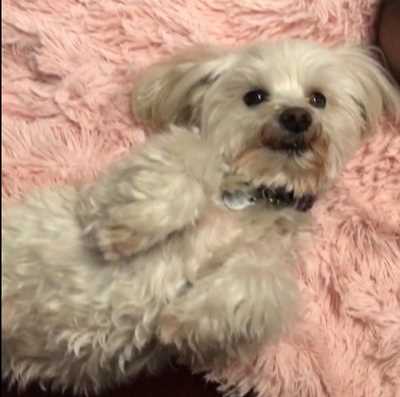 Over the next few months, I don't think I smiled or laughed once. I aged 10 years and felt so lost without my sidekick. I know that my intentions were for the best for him, yet it was not easy to be without him. At night, I would place clothes or pillows between my ankles so I could sleep and pretend it was him. I would pretend to pet him, where he always was, right there beside me in my car. I kept his collar, of course and other items, without washing them because they still had his energy on them. 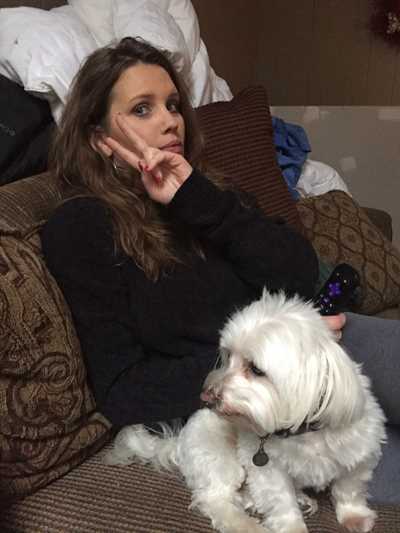 Some days, I would google his breed "Maltese pups for sale" and see plenty, yet they were not him. I would stop by the pound and pet the dogs to see if his soul inhabited them but nope, he was nowhere to be found. I knew I had to trust and release any expectation because this could result in not finding him. So, I trusted, and I just knew that it would happen when it was supposed to.
I often told people, he is coming back to me and they would all look at me like I was crazy and as though they pitied me.

Let's fast forward to November 7, 2019. I searched again online and this time I find him! Yep! Looks identical and I had zero doubt it was him. I had no attachment and was just doing my usual search. Bam! There he was. I also did his natal chart, being the Astrology researcher that I am! Yes, the dates, signs, houses, all in perfect alignment! It is indeed him, just like I knew it would be. Not gonna lie, I did have fears that maybe others were right and maybe I was crazy, but I always knew, deep down, somehow. Yes, this is him, no doubt about it. 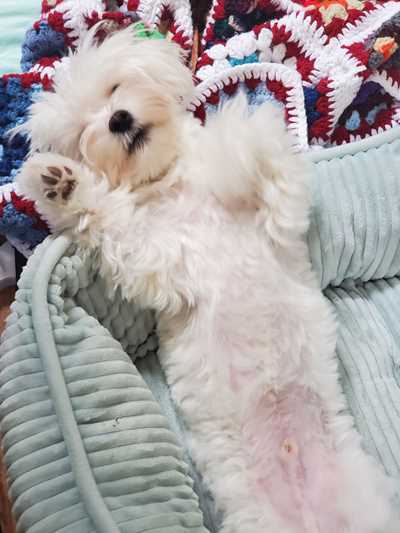 After finding him and then doubting my intuition again, I searched "do dogs reincarnate with their owners?" Much to my surprise, I found a book by someone who confirmed EXACTLY everything, every belief, all the crazy looks, just everything perfectly! Even the picture on her book, and the dog’s name, with one letter difference!! This is my confirmation!!
I cannot wait to see him again! I have hung in there, as I am sure has too, but we are soon to be reunited and what a day that will be!
To those of you who have lost a pet to which you are strongly bonded. Do NOT, for a second, doubt that you can be re-connected. You will. Go with your knowing! You will see… I promise!