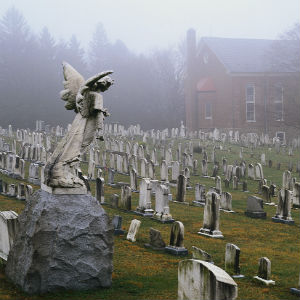 Crossing over is not the end of your connection with your loved ones.

I need to tell what I know about loved ones that have crossed over and are hovering near. I lost the love of my life in August. We had always been in love, but due to the fact he was married we had very little time with each other, only every once in awhile.

My friend and I knew each other for 45 years and held onto our love as something that was between just us. We hadn't spoken for about 20 years and I wanted to talk to him again. I sent him a birthday card and advised him to call me. When he called a few days later, we were so glad to speak to each other after so many years. I asked about his health, and how he was. He said to me “Oh Rosebud, it has been very bad for me. I had a back operation, and prostate operation, and now I have a brain tumor, the one like Ted Kennedy had, a glioblastoma." I asked him what the prognosis was and he said I have from 2-5 years if something else doesn’t get me.

After all those years I finally said “I need to tell you how I feel about you. I love you and always have. I’ve missed you and think about you all the time.” He said “I love you too.”

In the meantime, my psychic friend in Arizona that reads for me advised me he would only have 2 1/2 years left. So we spent a lot of time calling and emailing and letting each other know how we felt.  We never had much time in this life and I couldn’t see him the last few months but did manage a couple of times. The last visit I had with him I waited until he was alone and went in. I needed to tell him some things so he would be able to cross over.

He had been having a lot of mini strokes which did things to his brain. So I held his hand and I told him “Sweetie, when you cross over, your dad and grandpa that you're named after will be there for you. And when you cross over, you won't be married anymore, and you can come and see me anytime. You can be with me and you can interact with me in the way spirit does from the other side."

I continued, "I don’t want to come back to another life where I have to watch you be with someone else. If you need to live a life with someone other than me I’m not coming back. Do you understand?” And he said “Yes.” So I got to tell him how much he is loved by me, how I had no regrets and loved him to the moon and back.

During our time talking and emailing he had told me that the wild turkeys came on his property and he fed them cracked corn. I asked if there were any feathers there and he said “Yes I will save them for you to paint on.”

On the night of August 26, I was restless and couldn’t go to sleep, so I got up and had a psychic reading with a friend of mine. She said “I feel like he is close to going and I said “So do I.”  I was having a hard time breathing and felt like it was shallow breaths.  We finished up and I went to bed, thinking so strongly about him.  At 3:00 am I heard a loud pop in my bedroom. It was like the sound of a water bottle popping back into shape, only 10 times louder. I said “Sweetheart are you leaving?” I could feel his fright and confusion and was prompted to say to him. “Go ahead and go Honey, we aren’t able to see each other on this earth, and if you stay here you can’t be with me. Of course, I will be sad and miss you but I don’t want you to live like this anymore, so go ahead and go to the light. I love you to the moon and back and always will."

Finally the feeling left me and I was able to sleep a bit. Within the next couple of weeks I found his obituary online and knew that was him leaving this earth. I understood that he had stopped over that night to tell me goodbye. Over these last couple of months I can feel him like he never left.

He has left me a large feather in a place that would only have Seagull feathers; the hall light that hasn’t been working after I tried to figure out what was wrong with it suddenly started working. He was an electrical man and I knew he fixed it. I feel someone laying on the bed with me and moving around just after I go to bed.

He showed me how jealous he was one day when my boyfriend came over and I had his T shirt on. My boyfriend hugged me and I felt like his spirit was going to come right through me. I laughed later and said to him “So how does it feel to see me with someone, after always knowing you were with your wife?" When I talked to my friend she said, "he is always with you. He said he will always be there as he loves you and wants to constantly be with you and help you out."

So crossing over is not the end of your connection with your loved ones. They love you and always want to help you out. Listen to your loved ones; listen to your heart. Know that God doesn’t want us to hurt, that there is constant love coming to you. Be blessed in the things you see and do and believe in the things you don’t see but know are there. 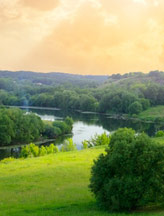 londonmum: The only part worth reading was the final paragraph. The rest left me cold. Specifically - "I don’t want to come back to another life where I have to watch you be with someone else. If you need to live a life with someone other than me I’m not coming back. Do you understand?” And he said “Yes.” Emotional blackmail used on a dying man - that's not my definition of love. The child like glee you display of his jealousy of your new boyfriend (and you're a woman in your 60s!!.) Having lost the love of my life (my husband) in July this year I am still struggling to cope, I miss him so much it hurts. Yet you 2 months down the line are doing fine. All that comes across is that you had the hots for someone elses husband & according to you made him make a choice in death- which was the opposite of what he made in life. Hardly something to be proud of in my opinion.