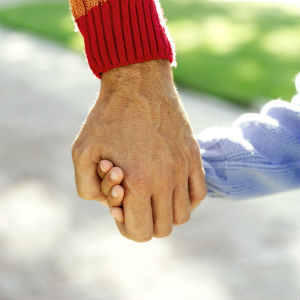 Children are open to Spirit

As a child growing up with “Sesame Street,” I would sit in front of the television anxiously awaiting the show with my chocolate milk in hand and with a smile on my face.  As you know, generations of children have grown up with the show and have been taught everything from the alphabet to learning positive social skills.  One episode in particular stands out in my mind to this day, and, ironically, the thought of this episode still brings weight.

“Mr. Hooper” was a kind, older gentleman who owned the store at the end of the street, and when the man playing the character passed, the writers of “Sesame Street” had to decide if they would allow a character seen my millions of children each and every day to simply vanish away into obscurity or if they would try to explain what it means to die.  They chose the latter, and, in many ways, the episode became historic.  I still vividly remember watching Big Bird cry and recognizing a feeling of pain in my young chest.

Now, though the thought of using muppets to teach a life lesson like death to children may seem like a bad idea to some, it brings up a very important issue.  Even children have to experience the feeling of losing a loved one, and it hurts.  Simply put, pain doesn’t discriminate against age, and if someone in the family has passed from the physical world, it’s alright to talk about it.  Don’t assume that just because your child is young that he or she isn’t already asking questions, so start a conversation.  You may be surprised to know that children at an early age are much more open to Spirit than most adults even, because they have not had to endure the social programming of a world that teaches Spirit communication doesn’t make sense.  If your child has experienced the loss of a parent, sibling, or friend, I know the conversations can be extremely difficult, but, today, remember that Spirit is already at work in their life.  You simply need to join the conversation.

If your child begins to say that they are having conversations with the loved one who has passed, don’t think for a minute that they have an overactive imagination and are simply “acting out.”  You may be surprised that your child is actually the bridge to the unseen world because of the openness that they have.  If you are needing to begin the conversation about death with your child, remember that they have a right to their feelings as well.  Whether they seem to have an uncertainty, an anger, or even a strange happiness about death, it’s all perfectly normal.

As a parent, remember that Spirit is always with you and that even in uncertain times your family can stand strong and face any emotion.  If you need someone to talk to, remember that the gifted advisors of Psychic Source are always available for you anytime, and that we’ve been there.  Death isn’t an easy process to face no matter how young or old we are, and it’s important to face it head on with dignity and beauty.

I love you, and I’m thankful for the journey that you’re on. 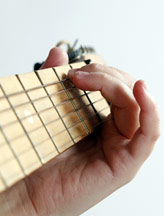