It was I remember back in school there was a phrase call being “held back”. And if you were held back you were prevented from reaching the next level. Sometimes it seems as though we are held back from the next level in the realm of finance, comfort, and abundance.

What Are Limiting Beliefs?

A strong step to transform and beat your self-limiting beliefs around money, wealth, and abundance is to become aware of them and change how you think and talk about them.

The voices in our head sometimes whisper limiting belief examples like “Money is the root of all evil”, or that “Money is a limited resource”, or “You have to work (too) hard to get wealthy.” We may not be fully conscious of these limiting beliefs, which gain more power over our emotional reactions by virtue of their invisibility.

Let’s look at some of these limiting beliefs examples and see through them. I want you to learn how to turn them inside out, so that the law of attraction and manifestation can work for you.

Money is the root of all evil

This is a very common misconception, to think of money as something negative, or even evil. Perhaps you have had some terrible experiences with greedy people, or judged the behavior of wealthy folks, concluding with a limiting belief that with money, everybody will turn out like that.

Some people believe being poor is “pure.” Or that on a spiritual level, being solely materially focused leads one away from riches of the soulful life. Yet we exist in a material world where money is tool that can be used for the benefit of ourselves and others.

Sometimes, it is from a religious bias, we receive this limiting belief message which shapes our money mindset. I recall the biblical quote than is often used to preach against wealth in the western tradition. Matthew 19:24 says:

“It is easier for a camel to go through eye of a needle than for a rich man to enter heaven.”

Through my research I have discovered “the Needle” was the name of the main gate in Jerusalem’s surrounding wall. When that main gate was closed the “Eye" of the “Needle” would open. In order for a camel and traveler/vendor to pass through this smaller door, the camel and vendor had to stand in line (because when the main gate was closed, there tended to be a line); then the camel’s cargo had to be removed and, then the camel had to go through on its knees, (which is common for camels to do), with its master nearby.

Knowing that Jesus taught in parables, let's take a fresh look at that message. In order to get into heaven, we can discern a rich person must be patient, unburden themselves of their load (meaning one can keep what they’ve gathered, just not be “attached” to it), and be humble (on one's knees).

Can you begin to see how to transform this limiting belief from the negative to the positive? Here’s another.

Money is a limited resource

Buckminster Fuller taught that our Universe is generative, self-supporting, and self-sustaining, with the inherent ability to provide substantially for all life. Within this viewpoint however, he pointed out while there is no lack and more than enough abundance for all, humanity plays selfish and fearfully contrived “wealth games” under a misinformed survival-of-the-fittest ideology. Once you become aware of this, you begin to see and hear evidence of this money mindset everywhere, from news, social media, neighbors, and maybe even the words you speak.

The resources ARE there for us. We need to tap into the circuit of financial flow. There is a reason why money is called “currency”. It is in the end, an exchange of energy. Real wealth is energy. And energy never disappears. It can however, change form. And so can you.

When we inherit false beliefs for family and society, and use limiting language in our internal and external conversations about wealth and financial fitness, we can literally drive abundance away from us.

The perpetuation of these limiting beliefs hides in our sneaky, sabotaging, limiting language. Making a minor mind tune up, shifting the limiting phrase “I can’t afford that!”

into “How can I attract and acquire that?” takes the self-fulling prophecy of self-doubt and turns it inside out. You’ve made a quantum shift by adding a question mark, rather than enforcing a point-less exclamation! This alchemically transforms hopelessness into potential and probability.

One cannot simultaneously “feel” lack and attract wealth. You cannot tell stories of shortage and experience abundance. You cannot focus on the unwanted, and receive the wanted-

We all have blind spots. We all face obstacles. Some of them were put the front of us by others. Some are self-imposed. So please, don’t be the student who is “held back” because some teacher (even if that teacher was your own experience) thought you didn’t deserve to reach the next level. You do have what it takes.

To transform your self-limiting beliefs is to become aware of them and shift your language around them. As you change your money mindset, you metaphysically increase your personally abundant relationship to life. 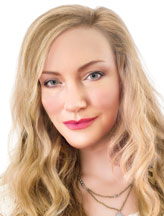 Get a Reading with Artemis x3598

Artemis is a Certified Angel Tarot Reader and Intuitive that has been drawn to the mystique of the Law of Attraction, studying with many thought leaders from the films “The Secret” and “What The Bleep Do We Know”. With a Master’s degree in Transformational Psychology and a background in Reiki, teaching yoga and metaphysical energy work, she uses her psychic abilities and spiritual coaching skills to help clients identify and overcome obstacles in their personal and professional lives.

Do This One Thing: Live 'As if' with Gratitude to Manifest Using the Law of Attraction by Psychic Artemis 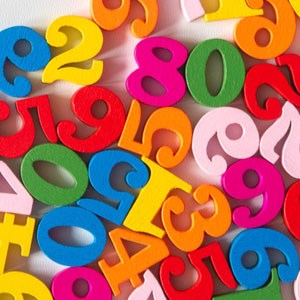 Manifesting with Numbers by Psychic Selene

Did you know that you can use manifestation numbers to easily manifest just about anything, simply by learning how to activate their energetic vibration into your life?