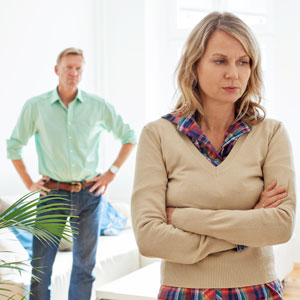 Can a Narcissist and an Empath form a lasting relationship?

A Narcissist and an Empath often make for the most toxic relationships known to mankind.
To understand the dynamics of relationships between empaths and narcissists, one must be fully aware of what it means to be one or the other. Below are the definitions for both:
What is a Narcissist?
A person who has an excessive interest in or admiration of self.
The narcissist has a very strong personality type. They relish in praise and admiration of themselves and consider their needs before anyone else’s. Narcissists are infamous for not taking ownership of anything negative and tend to deflect blame and ridicule on their partners, platonic friends and even family.
To paint a picture in your mind’s eye of some of their traits, imagine this- A basketball team has gone off to the playoffs after an exceptional season. The narcissist will say that they are the reason that the team won and made it this far. That there’s no way said team could have done so without them.
On the flipside, if the team loses, the narcissist will say that it was everyone else’s fault. That they played a stellar game, it was everyone else who performed poorly - (no ownership at all when it’s something bad).
What is an Empath?
A person that experiences a great deal of empathy, often to the point of taking on the pain of others at their own expense.
The empath is often pleasant, agreeable and open to change. They’re people pleasers as they just want everyone to be content and comfortable. Like a sponge, absorbing the feelings of those around them, they may even feel a sense of guilt when it comes to putting their own needs first.
A Toxic Combination
It is easy for an empath to be manipulated by a narcissist; it is why they’re preyed upon. The narcissist knows that they can treat the empath a certain way. Instead of getting mad and lashing out, the empath tries to understand why the person is behaving like such.
These types of relationships often last for very long periods of time. The narcissist won’t end the relationship -as they are at an advantage. The empath doesn’t want to hurt the other person. So, they might stay in a less than desirable situation hoping that the other person will change. They just know that the narcissist “doesn’t really mean that” or “nobody understands them like I do.” They constantly give the person an out, never holding accountable for their actions.
These relationships are typically toxic and unhealthy. If you feel this might describe your relationship and need to speak more about it, a gifted Psychic Source Advisor is always available to help provide guidance!

Choosing Love Over Fear: Rewriting the Family Legacy of Dysfunction