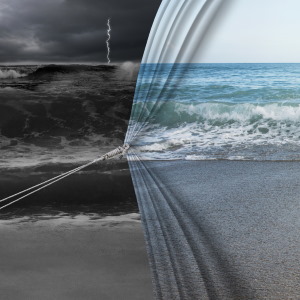 You can draw a brighter curtain over your thinking when you replace a fear focus with one of hope.

Hope and fear are both present in nearly every situation where you're facing change. As you hope for something to come to pass, you simultaneously fear that it may not. The stronger your hope for a particular outcome, the more fear you will feel regarding the opposite conclusion.

Thus hope and fear can trap us in an emotional tug-of-war over our feelings. Understanding that these emotions are opposite sides of the same coin can give us valuable insights into how we can best handle change.

The Lifespan of Hope Vs. Fear

You may feel both hope and fear regarding an upcoming change, whether that's the state of a relationship or the state of the country. While both emotions will remain present to some degree, you can choose which to focus on. The feeling that you give the most attention to will impact how you experience the event.

Fear is a great motivator in short-term situations. If you fear an immediate threat to your safety, this can propel you to run further and faster than you might otherwise be capable of. However, hope is more effective in the long-term. If you're trying to survive for weeks in the wilderness, hope will sustain you through this prolonged situation while fear will flash up and burn out before the ordeal is over.

Hope and Fear in Disagreements

Hope and fear are often driving forces in conflict. Fear promotes an aggressive and negative approach. Though points made in this state can be accurate and valid, they also tend to be inflammatory.

In a debate, it's better to change course on your argument and approach it from a sense of hope. Fight for the positive outcomes that you hope will happen, and you're more likely to ignite a sense of compassion and kindness in others, even when they're on the opposite side.

Addressing Hope and Fear for Change

When you're facing a tumultuous change, it's important to consider the hopes and fears that exist on both sides. Understand that a very real fear is present, even in those you disagree with. Though you may view the feared outcome as something positive, recognizing another's fear is a powerful starting point for compassionate negotiations.

When you recognize the fear driving an individual, you can help them flip the situation and focus instead on what they're hopeful for. If you can get to the heart of their hopes, you may find common ground that you can build from. Speaking with a psychic on the issue may help you see both sides more clearly.

Handling hope and fear effectively can make you more effective when you're approaching any type of change. 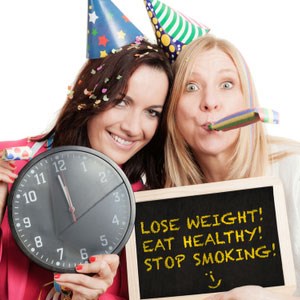 New Year's Resolutions - How to Make and Keep Them

Psychic Source presents our comprehensive guide on how to make New Year's Resolutions that are not only meaningful, but that you can successfully stick with and keep!