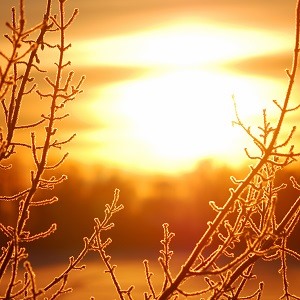 The winter solstice proves that, even though the ground is covered with snow, the sun will continue to rise.

The sun provides natural light, warms the earth's bodies of water, influences weather patterns, and allows plants to photosynthesize. It's also the primary vehicle by which human bodies produce vitamin D. Many ancient cultures saw spiritual qualities in the sun as well as practical. Consequently, the winter solstice became a ritual celebration.

The latter months of winter often brought famine to people who lived off the land, such as the Celtic druids. They celebrated the winter solstice because it served as the last opportunity to feast before spring arrived. It also became a reminder that the sun brings life and hope, so the shortest day of the year (meaning the day with the most darkness) was used to celebrate the sun.

Many pagan religions practiced sun worship, though in different ways. For example, the Druids exchanged sprigs of mistletoe during the winter solstice because this sign of life during the barren winter months provided evidence of the sun's power. Ancient Romans, meanwhile, decorated their homes with wreaths of holly to honor the sun-god, Saturn.

Many religions throughout history have celebrated holidays dedicated to light in December and January. Christmas, for instance, falls on December 25 and involves twinkle lights, candles, and other symbols of light. Pagans also celebrate light during December — specifically, they recognize the winter solstice on December 21.

Light represents hope, spiritual awakening, life, and the endurance of good in the fight against evil. You might see symbols of light appear during a tarot reading, which could mean a big change waits on your horizon or that you're moving into a new season of life. In Paganism and other ancient belief systems, the winter solstice embodies all of those qualities.

Today, thousands of people still celebrate the winter solstice, even if they also observe Christmas, Hanukkah, Kwanzaa, and other winter holidays. The methods of celebrations vary, but they often include feasts, bonfires, singing and chanting, and giving thanks.

If you want to honor the sun and celebrate the arrival of the winter solstice, consider spending more time with family and by yourself. Read books, reflect on your goals, and consult a clairaudient about your purpose and direction to ensure you stay on the right path.

You can also start a new tradition with your family and friends. Take time to honor the sun's life-giving contributions and to celebrate your relationships.

The winter solstice remains an important part of many religions' belief systems, and it also serves as a reminder of the sun's power and influence. Even if you celebrate other winter holidays, you can devote one day to the sun and the shortest day of the year. 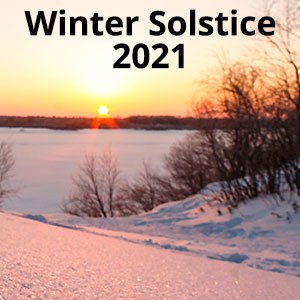 The Beauty of the 2021 Winter Solstice Meditation by Psychic Izzy

Join Psychic Izzy for her Winter Solstice Meditation video. Also discover the numerological and astrological impacts of this date along with a powerful fire ritual.