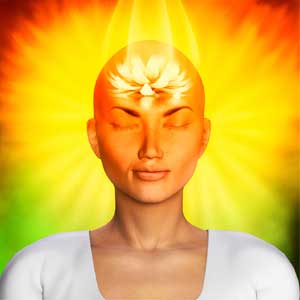 Why are spiritual figures often depicted with light around their bodies? 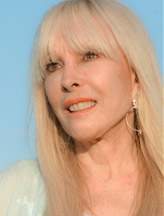 Get a Reading with Bridgette x8133
Have you experienced seeing an aura? It’s not something widely understood or easily explained.  However, I have a personal tale I’d like to share about the most vivid aura I ever saw, around the head of the famous Dutch clairvoyant, Gerard Croiset. It truly was a magical and powerful event!
Back, several years ago I had spent a month observing Croiset’s extraordinary psychic powers for an article I was researching. Croiset would conduct multiple healing sessions at one moment and the next would be on the phone helping police from all over the world locate missing people. He used his powers for only the highest and most constructive of purposes. In fact, one day during my visit, a woman called and wanted help finding her misplaced false teeth. Croiset hung up on her.
Seeing with More Than Your Eyes
The aura I saw over Croiset appeared during a healing session in his typically Dutch home near a scenic canal. I watched him cup his hands around an elderly man’s head. Croiset’s eyes were closed and from his intense expression I assumed he was in a deep, deep concentration. Suddenly there appeared a bright glow emanating from Croiset’s bushy red hair. I turned to my interpreter to see if he could see the same thing, but when I looked back the aura was gone. I believed that it was probably still there but that I had become so distracted explaining the aura which I saw that I was in no frame of mind to see it again.
That evening Croiset took us to his son’s new restaurant, a rustic and charming inn. Over dinner I mentioned the aura I had seen over his head. Croiset broke into his ebullient laugh and said, “Good, you’re learning to see with more than your eyes! That’s a very valuable asset.”
Measuring the Human Aura
Professor W.H.C. Tenhaeff, director of parapsychology at the University of Utrecht in Holland, conducted laboratory experiments on Croiset to clearly demonstrate a flow of energy emanating from his head as he healed. Tenhaeff believed that when scientists give spiritual phenomena the same attention they have given material phenomena, the human aura will become as measurable as any other aspect of human experience.
Scientific Validation of Auras
One of the most important scientific breakthroughs in determining the validity of auras has come with Kirlian photography, developed by Soviet scientists. An electromagnetic halo projecting from the human body and other life forms can be seen on infrared film. Kirlian research suggests that the aura is brighter and larger when a person is in meditation or prayer.
This helps explain the halo I saw around Gerard Croiset. He could be said to have been in deep meditation. This could also explain why saints and other spiritual figures are depicted with light around their bodies. Perhaps they are emitting a light due to their intense concentration of spiritual force. Artists thousands of years ago and thousands of miles apart all use the symbol of the halo to indicate spirituality – in Buddhist, Christian, Greek and Islamic art.
Edgar Cayce, the great American mystic said “An aura is an effect, not a cause. Every atom, every molecule tells the story of itself, its pattern, its purpose, through the vibrations which emanate from it. Colors are the perceptions of these vibrations by the human eye. As the souls of individuals travel through the realms they shift and change their patterns as they use or abuse opportunities presented to them. Thus at any time a soul will give off through vibrations the story of itself and the condition in which it now exists.” Cayce went on to say, “So, when I see an aura, I see the man as he is. By experience I have learned to tell a good deal from the intensity of colors…”
If you’ve seen an aura, or would like to discuss this phenomena further, please give me a call at extension 8133.  I’d love to dive into this fascinating topic more with you!

MargaretMay: I just saw this comment, dear Bridgette. A wonderful article and a comment. May you be eternally blessed. Thank you.

1SunFlower: I started seeing auras when I was new to Healing Touch. Before seeing them, I noticed my teacher was not looking at me when we talked, she looked to the side of my face. And this was my intro in "seeing" auras - you see them with your peripheral vision, as she was looking at mine. Next came seeing my own aura when I did healing (it was my left arm) ... and then onto seeing another's. I love seeing another's color, but more so, seeing another's Divinty/Spirit.