Psychic Children and Their Parents

Anyone who has spent time with children knows that kids feel things deeply. Whether they’re laughing with abandon at grandma’s game of peek-a-boo or sobbing uncontrollably over their sock falling down, they express raw emotions.

With such sensitive natures, could children be more attuned to extrasensory stimuli? How often do they exhibit psychic capabilities, and how do their parents feel about it? To find out, we surveyed 1,007 parents about their children’s abilities and their experiences as a family.

Gifted Beyond This World

Every parent wants to believe their child has extraordinary talents. But what leads them to believe theirs is psychically gifted? We posed this question to half of our respondents — the proportion believing they had a psychic kid.

What has your child done or experienced to make you suspect they have psychic abilities?

How old was your child when you first noticed their psychic abilities?

Parents see the best in their children, and that often includes psychic abilities. Most of our study participants who believed theirs have extrasensory talents said they noticed them when their child was just 1 to 2 years old.

The Boundless Mind of a Child

The experiences that lead parents to believe their child is psychic might also influence which psychic gifts parents think their child has. Are some extrasensory perceptions more common among kids?

What psychic abilities do you believe your child has?

Has your child done or experienced the following? 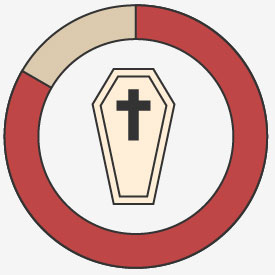 60%
Communication with deceased loved ones 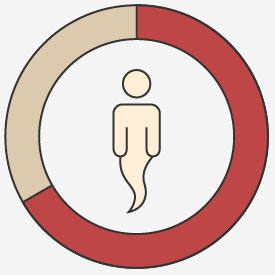 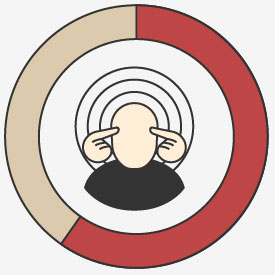 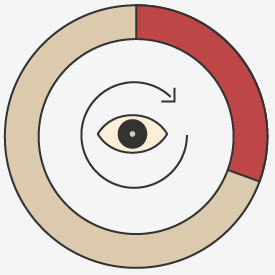 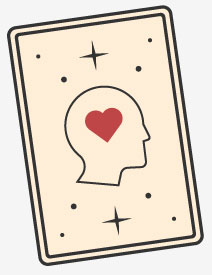 Clairvoyance, or the gift of seeing things beyond the natural world, was a gift that 41% of parents believed their child possessed. This also seems well-suited to children, as their minds are clear of conventional boundaries and more open to everything compared to adults.

Noticing and identifying a child’s psychic abilities is one thing, but accepting and supporting those abilities is another. How do parents feel about having a psychic child, and how do they show support for their gifted kid?

Life With a Psychic Child

Younger millennials were more likely than older ones to support their child's abilities.

Gen X parents were the least likely to support their child’s psychic abilities.

How do you support your child’s psychic abilities?

28% of parents admitted doubting their child’s psychic abilities when they first noticed them.

Young millennials were more likely to have felt this way, while older millennials and Gen Xers were the least likely.

91% of parents admitted they made their children uncomfortable before understanding their psychic abilities.

Do other friends and family members know about your child’s psychic abilities? 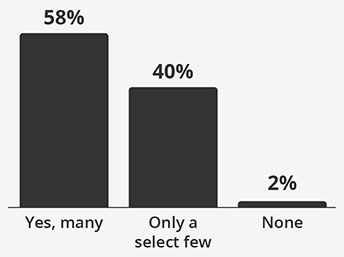 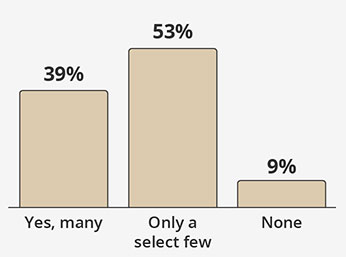 92% of parents with psychic children reported fearing their friends and family would judge them if they knew about their child’s psychic abilities.

For most parents, accepting their child’s abilities didn’t come naturally. While 92% of parents said they support their psychic child, 91% admitted they made their child uncomfortable before they understood their child’s gifts. Young millennials were particularly guilty of making their child uncomfortable (95%), but many older millennials (88%) and Gen Xers (88%) did this as well. Thankfully, making mistakes as a parent offers the opportunity to model humility and apologize.

Once parents understood and accepted their child’s abilities, most supported them through passive means. Parents encouraged their children to keep sharing their experiences (63%) and assured them that their abilities were a gift (61%). Most importantly, 62% of parents believed their child when told of their extrasensory experiences.

Showing a child trust by believing what they tell you is especially important to encourage continued sharing and open communication. But many parents also showed their support by sharing their child’s abilities with family and friends, despite some fears of judgment.

Finding Peace in the Home and the Heart

58% of all parents surveyed reported feeling extremely to very connected to their children. 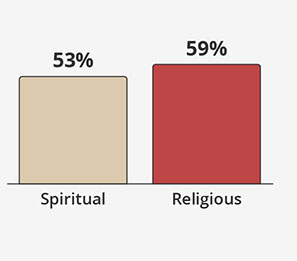 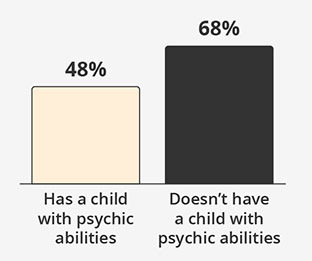 60% of all parents surveyed reported feeling extremely to very happy with their family life. 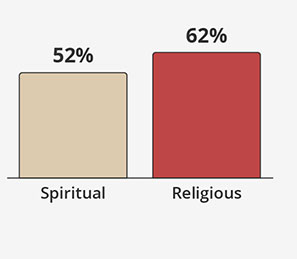 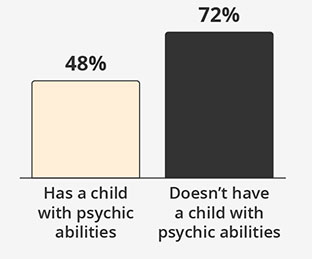 27% of all parents surveyed said their child has shown signs of depression in the past. 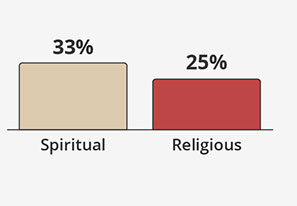 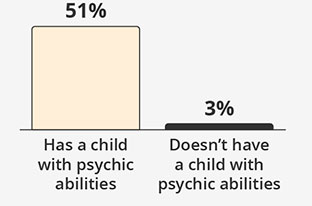 Most alarming, however, was not how parents felt but how their psychic children felt. Of all parents surveyed, 27% said their child had shown signs of depression. Only 3% of parents without a psychic child reported this compared to over half of parents who had one (51%). Since psychic children are more sensitive to the world around them, it is understandable that many of them may feel overwhelmed and depressed. Much like empaths, psychic kids may need to engage in extra self-care to carry the weight of their extra perceptions.

"My child came up to me and started telling me about her past life as a cowboy. She told me how she met a cowboy and fell in love. He got sick, and she was his caretaker until he passed away. She was so specific in her answers to my questions, knew things, and felt emotions that no 2-year-old knows about."

"During COVID, my daughter made friends with all the little girls laid to rest in our local cemetery. She was 3, with no knowledge of things like 'whooping cough,' which she said killed one of her friends. Sometimes, she would refer to them as 'dead,' or 'ghosts.'"

"On several occasions, my daughter has come to me and asked if I have seen or spoken to specific individuals because she could feel/see something wrong. The last time she came to me about this concern, she expressed extreme worry about her brother, who was murdered days later."

"My mother-in-law passed away about a month ago, and my daughter (nearly three years old) was talking about her. But I soon realized she was actually talking to her, as if she was here. She does this a lot, both with my mother-in-law and my grandfather, who passed away two and a half years ago."

Every child is unique and gifted, but some gifts extend beyond the five senses and this physical world. Raw with emotions and open to the full realm of life’s possibilities, children can show their psychic abilities extremely early in life. Those abilities, however, can be a burden for them and their family.

As difficult as it may be for some parents to accept their child’s psychic abilities, showing understanding and support for these gifts can create a stronger connection between parent and child and make for a happier home life. As children embrace their abilities, they’ll need to practice self-care to keep from getting overwhelmed by their deep feelings and perceptions. As parents care for their children and support their talents — psychic or otherwise — the entire family will grow in harmony and joy.

For this campaign, we surveyed 1,007 parents to explore their experiences as a family. Among them, 50% believed their child had psychic abilities, and 50% didn’t; 73% described themselves as religious, 23% as spiritual, and 4% as neutral.

Do you think your child or one you know may be psychic? Feel free to share this article with anyone you’d like. We just ask that you do so for noncommercial purposes only and provide a link back to this page to give the authors their due credit.