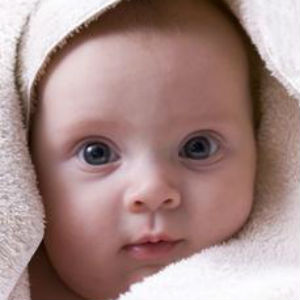 Did you know a baby can be psychic from the wound?

In a previous article, I spoke about what it’s like to have a baby who’s psychic from the womb.  Experiencing the pregnancy myself, I was not prepared for what came next. Considering this is the time of ghosts and ghouls, and since I have a baby medium, I have the perfect story to share!
It took a good month or so for paranormal events to start happening, but when they did, they sure didn’t stop!
At the time, I had a roommate who was barely around. Her belongings were kept on the opposite side of the house beside the baby’s room. Because she’s such a heavy sleeper, she had three alarms—one being her cell phone and one being a small pink radio which she never used.
At 12:37 a.m. her alarm would go off even though she wasn’t home, so I would go into her room to turn it off. After all, I’m used to random things happening here. The alarm was always pushed onto the floor (which I assumed was done by one of the cats). I picked it up and, sure enough, the button was pushed “off.” So how did I turn off an alarm that is already off? I told the spirit to turn it off and walked away. This happened several times—always at 12:37 a.m.
The second paranormal event was when the baby swing would turn itself on and off. I would put my baby to bed and walk by the swing several times seeing no movement. Then, next thing you know, it would start swinging on its own. I had felt a protective spirit such as a father making sure all the mobile toys were working properly. Sure enough, it was my computer guy’s father. He loved babies!
The third event happened with my boyfriend. We were sitting around talking and I had just turned on the baby monitor (if you’ve ever been a mother, you know new mothers have to make sure their babies are breathing at all times!). All of the sudden, we heard children singing “You Are My Sunshine.”
Luckily, my boyfriend is OK with these experiences and didn’t immediately leave me! He just checked on the baby and said nothing was there. Most boyfriends would run for the hills and never talk to me again after an experience like that one!
There were many more events other than just these few, but like I said before, I was unprepared. I’ve never felt so crowded in my own house with just myself and my baby.  In all my years of dealing with Spirit, I’ve learned to protect myself and control my gifts. But my baby is a different story.  He has to learn these things on his own.
He now has stones set around his room and mommy is protecting him. Luckily it’s been calm ever since, and as he grows I’ll be able to teach him as well. 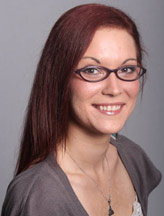