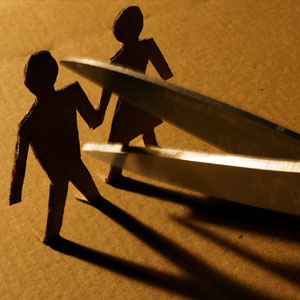 How do you break an attachment? 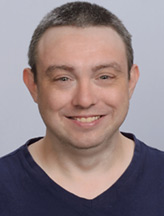 Get a Reading with Hayden x9848
People form attachments to each other instinctively. They occur naturally regardless of if we want them to.
Of course, not every attachment is negative. Sometimes an attachment can benefit a person, acting as a source of positive inspiration and influence. There are other times, however, when being attached to someone can hold a person back or keep them locked in a negative cycle.
How We Unconsciously Create Attachments
Any of the following can, and often do, create cords or links between your and another person’s chakras.

In other words, pretty much everyone will have a great many attachments as they move through life, some positive and some negative. These can form between friends, co-workers, relatives, strangers, and of course significant others and romantic partners.
Identifying a Negative Attachment
There are certain characteristics that make a negative attachment easy to identify. Consider the following:
• You can’t stop thinking about the person no matter how hard you try and it interferes with living life.
• You try to “move on,” but every time you do it seems a force of nature or “coincidence” keeps bringing you back together, thus distracting you from moving forward.
• You find yourself feeling great when around said person, but when away it’s as if you’re in a negative slump and can’t find your way out of it.
In all of these situations, the negative consequences of having the attachment far outweighs anything positive that can come from it. In these situations, it’s time to “cut the cord” and have a fresh start.
How to Cut Cords
Cord cutting is easy. There are a few different ways to cut the cords of attachment between yourself and another. None of them will energetically hurt you or the other person. They do, however, provide a sense of freedom and the feeling of being clear.
1. Call on Archangel Michael to do it for you. Michael is considered the angel of protection and he’s always ready to assist in breaking bonds. By simply saying “Archangel Michael, cut the cords between ____________ and I,” it will be done.
2. Mentally imagine you are holding an “astral” (imaginary/not physical) sword or knife and visualize the link/cord between you and the person. Now cut the link/cord several times until you feel it’s no longer there. Optionally, you can use “astral” scissors.
3. Take a bath with sea or kosher salt added. Soak your entire body, even dipping your head briefly below the surface of the water. Fill yourself with light energy – allowing it to break all unhealthy attachments.
Keep in mind that just because you break an attachment doesn’t mean it is forever broken. As long as you keep interacting with that person it is possible for new attachments to form.