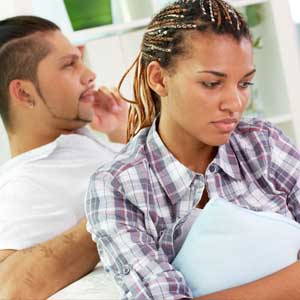 You often say a lot, without speaking a word. 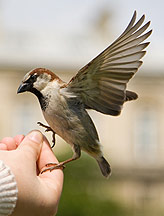 by Heather x7756
Understanding body language begins with exploring why people do the things they do with their expressions and body cues. Body language is universal. No matter who you meet, regardless of age, race, gender or any other factor, body language remains constant. This alone should indicate to us that there is something instinctual about body language.
Actions Speak Louder Than Words
Nonverbal communications originate in the limbic brain or the action center. This part of the brain reacts to the world reflexively or without thought most of the time. We can learn to control our verbal communications, to some extent, but it takes great effort and most people are not even aware of what they are saying with their bodies. It can be incredibly empowering to have a basic grasp of the grammar and syntax of body language.
Have you ever heard comments such as: "My wife just filed for divorce and I had no idea she was unhappy." or "I got fired today; I didn't know my boss was unhappy with me" or even "he tried to hit me; I never saw it coming." People making statements like this are not paying attention to body language which basically just means observing the world and the other people in it effectively.
Freeze, Flight or Fight
Most people have heard of the “fight or flight” response. A more appropriate label might be the “freeze, flight or fight” response, in that order. When attempting to engage someone in a conversation which may be confrontational, we will see one of these three reactions. At first, the person may freeze. The body language of his stage includes things like “the deer in the headlights” look, or a defensive posture with the head held down. The body will generally not move at all. Children often exhibit this behavior when they feel they are getting into trouble.
Sometimes people will elect the flight response and simply try to flee from confrontational conversations. You can identify the flight response often before the person even becomes aware of it themselves. You may see a person distance themselves from you or literally turn away and face the wall or a door. The eyes will begin to seek out means of escape such as a door. Blocking behaviors may also be observed such a rubbing the eyes to literally block sight or placing the hands over the face.
It’s fairly easy to see when a person is preparing for the fight response as well. One form of modern aggression is the argument. You literally see people take a stand when they feel strongly about something by placing their feet firmly on the ground, usually at a distance from one another. The chest may be puffed out. The personal space of others may be invaded as well. Remember that when a person verbally communicates emotional arousal, that person's ability to think effectively may be compromised As hard as it may be to do, the best action at this point is generally withdrawal or a 'time out' until control over emotions is regained.
It’s best to have confrontational discussions when both people are in control of emotions and thus are more able to think clearly.
Never think that someone isn't telling you how they feel. They are. They can't prevent it.

To learn more about Body Language and your Facial Expressions, CLICK HERE to read another great article by Psychic Heather.