More than just a powerful divination tool, tarot can be useful to help bring more positive traits into your life. Psychic Source Advisor Donovan will teach you how the Emperor can help you take control. 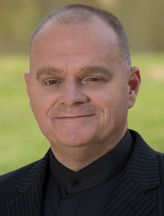 Hello! Today we will be talking about the Tarot card known as The Emperor in the Major Arcana portion of the Tarot deck. I will be referring to The Emperor card from the Rider Waite-Smith Tarot deck as it is most common.

The Empress card is the Mother archetype of the Tarot deck (Venus). The Emperor, as you’ve probably guessed, is the Father (Mars); that masculine majesty within each of us whom we must find in order to better manifest provision, security, stability, and constituting intelligence.
The Emperor sits upon a large stone throne, adorned with four rams’ heads (symbolic of his connection with Aries and the planet Mars). In his right hand, the Emperor holds an ankh, the Egyptian symbol of life and the exaltation of solar energy as it applies to mental vision. In the Emperor’s left hand is an orb representing the world over which he holds dominion.
The Emperor wears a red robe, indicative of his power, and of the inversion or reversal of the Saturnine limitations. Underneath the robe The Emperor wears a suit of armor, and this further emphasizes his correspondence to the martial aspects of Aries and the iron and steel of Mars. The armor also reminds us that this character represents security, physical and material.
The Emperor’s long white beard tells us he is the Ancient-of-Days, The Fool who became The Magician who is now a matured source of reason and constituting focus. His power rests on his alignment with inexhaustible love. Psychologically speaking The Emperor represents the self-consciousness of woman or man; the regulator, the definer, the architect, that awareness we all personalize who frames the constitution of our personal world.
The barren and domineering red mountains in the distance are a sharp contrast to The Empress’s garden. They remind us of the difference between dominance and dominion, and just as the erosion of mountains becomes the soil of The Empress’s garden, so too does the sublimation of dominance become the protective and guiding hand of dominion.
True power is gentle.
UPRIGHT EMPEROR CARD MEANINGS

When the Emperor appears in a general reading authorship, reason, stability, provision, following a strategy and seeing success are the primary attributes of The Emperor Tarot card. You can safely predict that you will achieve a level of status if you stick to your blueprint and methodically employ reason and critical thinking and action. On the other hand, this card suggests assistance from a person whom you revere and respect, who has a higher social standing than yourself, a boost from a key decision-maker or mentor, is likely headed your way. This person will have plans to pull you up in the world and give you opportunities which you cannot get yourself.
In a love and relationship reading The Emperor is symbolic of monogamy, of longevity and consistency. If this card appears in your love spread, you can count on being blessed with something stable and dependable coming your way. If you are already in a relationship, and the road has had some rough spots, The Emperor indicates that you can depend on the situation to improve and become more stable, more in alignment with your wishes.
In a love reading if you are looking for guidance on how to find the right fit, this card can be the serpent that beguiles before devouring. For a male seeking love it tells you that you need to be more forward in your search, be willing to share your feelings, and warns of waiting too long for the right partner, being too rigid with your choices. It is likely that you are holding back your feelings and now is the time to speak up before your opportunity is missed. For a woman looking for love it will often symbolize an older mentor-type coming into her life. The card also suggests being open to new possibilities and suggestions from someone who is--when their vision is not didactic--nicely clairvoyant or precognitive.
REVERSED EMPEROR CARD MEANINGS
When a Tarot card shows up in a reading in the reversed position this does not indicate the opposite of the upright card meanings. Similar to a full moon ablaze with silver light versus a new moon that is so dark it can’t be seen without a special instrument, the moon is there, it is not missing or an anti-moon, its primary attributes are simply diminished because they still need to be developed or they have been fading.
The Emperor card upright symbolizes reason and order, authorship, leadership, father figure, promotion, dominion, stability and focus. And these attributes are either fading out or picking up momentum; when the card is upright, we are being shown that the attributes listed above are prominent and strong. Similarly, a reversed card tells us the attributes listed above are fading out or need to be built up, and we will find ourselves experiencing atrophied/diminished versions of the attributes The Emperor card represents: loss of authority, immaturity, tyranny, lack of discipline, overspending, manipulative friends instead of inspiring friends and mentors, and instability.

CLICK HERE to explore the other podcasts in our Tarot on a Tangent series.


Guide to Tarot Readings
Learn everything you need to know about tarot cards, including spreads, card meanings, how to use tarot cards, how to do tarot readings, and more with the Psychic Source Tarot Card Reading Guide.
Learn More