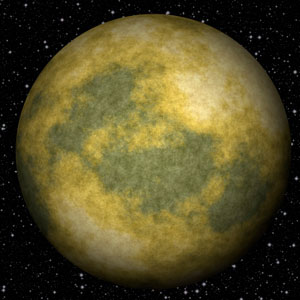 When Pluto is in retrograde, what does it mean for you?

Get a Reading with Arthur x8237
Just about everyone’s heard of “Mercury Retrograde,” but did you know that all planets go retrograde?  In fact, Pluto goes retrograde April 17th-18th through September 26th, 2016.
First of all, when we say a “planet goes retrograde” it’s referring to the fact that the planet appears to be moving backwards in the sky. Obviously, it’s an illusion caused by the moving Earth passing the outer planet in its orbit. However, in astrology, many things can happen when a “planet goes retrograde” – especially depending on the planet, as well as, an individual’s sign and natal chart.
Pluto has been in Capricorn since 2008 and will eventually leave in 2023. Capricorn is an Earth sign, which symbolizes structures and boundaries.
Interesting enough, Pluto rules the elements of archaeology, where relics of the past are dug up and unearthed. So, no matter how you experience it, the purpose of this retrograde is to unearth the things from the past that are not allowing you to move forward.
And once you discover what is holding you back, will you be willing to let go of it to move forward?
A Time of Rebirth
In some ways, think of a Pluto Retrograde like the universe handing you the Death Card from a deck of Tarot Cards, which actually mean rebirth. Pluto destroys before a rebirth can start, but you still have to work with it to get to the rebirth part. If you’ve ever pruned a rose bush, then you know it must be pruned to the point where almost nothing is left in order to have a wonderful bloom.
But, wait, there’s no need to go kray kray! Clinging onto the past and resisting change is what causes things to be painful. Once you’re willing to let go, something else generally emerges - and that is the re-birth part of Pluto. Out of the ashes something amazing can truly rise with a new life and energy all of its own. Working with these energies simply means you have to let go of what is already slipping away, in order to let new things grow and appear in your life.
You = Version 2.0
Ask yourself, what things in your life need to change? Your life has been evolving, but what is still holding you back? This retrograde period is a good time to help figure that out.
The bottom line: Like the Phoenix, now is the time to rise from the ashes. Now is the time to recreate yourself. It’s time to finally become that upgraded “2.0” version of yourself that you’ve always wanted to be. Yes, it’s time to make a fresh start! And if you feel you’re falling off the path, remember to keep yourself focused – and BREATHE! Besides, isn’t that what mothers are told to do when they give birth? Yes, BREATHE!