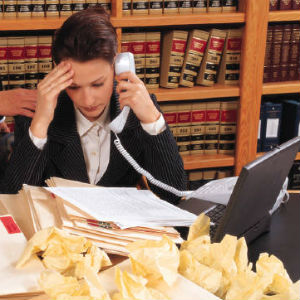 Mercury the trickster is up to it again!

Okay, here we go again! Our good old friend Mercury goes retrograde for the first time in 2013 on February 23rd in the sign of Pieces and goes direct March 17th.
In astrology, Mercury influences travel, literature, poetry, merchants, and thieves. He’s sly and witty and often recognized as a trickster and prone to mischief. So when he goes retrograde – look out and blame anything crazy in your life on him!
Basically, when Mercury goes retrograde all communication goes out the window, appointments get messed up, there are delays, cancellations, computers crash, checks get lost, projects take longer to get done. And don’t even think about buying any big-ticket items during a retrograde - that is unless you enjoy buying lemons. Oh, and contract? You don’t want to be signing any contracts or documents at this time as well.
Now when it comes to matters of the heart and your boyfriend or girlfriend says something extremely hurtful or that they want to call it quits, take a breather and wait. Since Mercury rules all communication, they may not have really said what you think they said. Give them room, and wait until mid-April to see if they really meant what they said during the retrograde. Also, don’t be surprised when someone from your past suddenly makes a guest-starring appearance!
Ready for little good news? Even though it is not the time to buy the big-ticket items and/or sign any contracts or documents during a retrograde, it is a great time to do all your research and due diligence – before making any big purchases or signing on any dotted lines. In addition, it’s also a great time to get catch up on old paperwork. It’s even a better time to get your taxes done!
To move forward in our lives, we sometimes just have to stop, look, and listen. Mercury retrograde forces us to do just that. It has a way of slowing us down, so we can cross those T’s and dot the I-s. It gives us a chance to rethink and gain clarity on what’s not working in our lives. It gives us a chance to clear away the old stuff.
So basically, when Mercury goes retrograde, remain flexible, allow extra time for travel, and avoid signing contracts. Review all projects and plans and wait until Mercury goes direct on March 17th to make any final decisions.
If you have any questions and/or would like to learn how to endure this retrograde relatively unscathed – give me a call!

MNsnowtaMama: Thanks for the information!