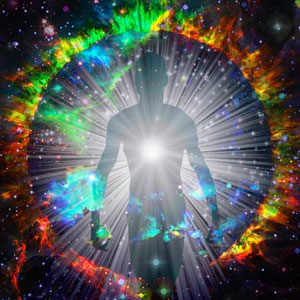 Can you see your aura?

Once an important topic of interest in the Extrasensory Perceptive 1970's, the aura of the human body has always been a key indicator of both psychic and physical well-being. The Aura is best described in the 1980 blockbuster "The Empire Strikes Back"(the second film in the original Star Wars Trilogy). In the movie, a master teacher named Yoda trains Luke Skywalker to employ the "Force" effectively. When asked about its nature, Yoda describes the Force as an energy created by Life Itself and promotes its growth throughout Creation.

In addition, in the first installment of the Star Wars film series, another Jedi master (Obi-Wan Kenobi) describes it as directing one's movements, but also fulfilling commands (not unlike how the Holy Spirit is related in the Christian Bible's Acts of the Apostles). Human imagination frequently touches upon, however accidentally, actual truth.

That being established, we know the aura to be a sign and by-product of life. It is not the soul specifically, but rather, the body "plus". Shamans have known and worked with this knowledge for millennia. Their understanding of medicine is grounded in it. Both bodies fall naturally within the principles of electromagnetic physics and act upon one another in their earthly environment. The ancient Egyptians well understood this. Their care for the welfare of the aura is apparent in the way they made their offerings for deceased loved ones that the dead might be "nourished" enough to continue with the living by tending to their auras or "ka". The consumption of pure foods, preferably raw or steamed vegetables, fine breads, and clear soup broths, and aromatic flowers, with juices, and fruits once a week at least was conducive good health.

For those less inclined or unable to make dietetic changes, it is best to focus on detoxification of the physical body, and hence, the aura body as well. Like our dear planet Earth, we too are able to self-heal and regenerate the metabolism so long as life is present. In fact, most power/energy building starts with revitalizing our auric space. Exposure to fresh air and indirect sunshine allows the whole person (flesh and soul) to absorb solar photons and free-flowing ions to collect and circulate into and around us.

Just 30 minutes of quiet sitting perhaps with harmonious music coupled with deliberate deep breathing, will double the power of a person's nervous system and mental powers as well as improve regenerative processes. Great progress can be detected within a single session. The aura doubles as both a protective shell and versatile tool subject to the person's will.

Develop the Ability to See Your Aura

Russian engineer Semyon Kirlian and his wife Valentina, perfected a photographic technique in 1939 known as Kirlian Photography for proving and observing the behavior of the aura in humans and plants. If one wishes to develop the ability to see the aura, the best time to attempt it is under twilight conditions, perhaps after the breathing sessions previously noted. Regard the spaces just out of eyeshot surrounding the hands and fingers, and one will gradually perceive a radiation pulse. Practice will begin to define colors. It's like the perfect mood ring except that the colors reveal the qualities of the soul.

Colors That Show Quality of Life/Consciousness:

Whether a person feels themselves to be a psychic or not (for all humanity is a psychic race to varying degrees), the aura is definitely an important part of our biological health. Someday our scientific acumen will recognize and embrace this ancient wisdom. 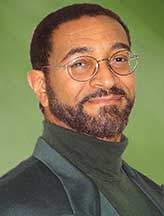 Get a Reading with Tomas x8157

Hailing from New York, Tomas attended a prestigious University for art and English education. After graduation, he embarked on a career in art conservation and established a practice in astrology and psychic development. Today Tomas is a published author of books, manuals and almanacs on metaphysical and supernatural subjects. 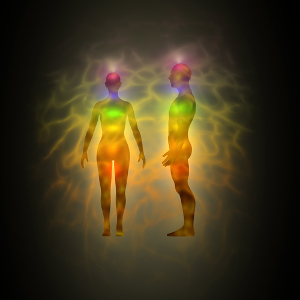 Many people can look at others and perceive auras surrounding them. The different aura colors indicate various meanings and are a tool of readings.